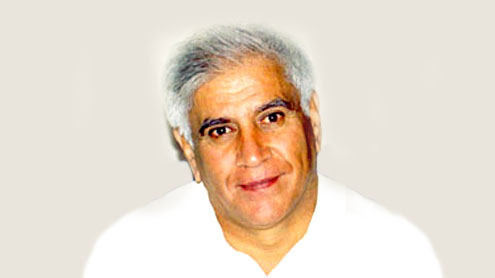 Analogies are never perfect but seldom useless. A well-chosen one can be very persuasive; while even a far-fetched one may well offer at least a clue to the mindset of the person employing the artifice.But let us not overlook a little local difficulty: how does anyone decide if a given analogy is an appropriate one?I will let you ponder that last question at leisure. Meanwhile, you will not be wrong if you guessed such cautionary introductory remarks serve a purpose. For, today’s column will seek to co-relate many a national political and social attitude with what I witness every day on our roads as I drive around. How is that for a speculative agenda? And, is such an exercise any different from those ludicrous attempts to view all our misfortunes as a Jewish conspiracy against Islam?But before I get down to specifics there is a little more I wish to add in the nature of general remarks. So: why is argument by analogy so universally popular? The obvious answer is because a possibly complex something, not so easily grasped, is explained in terms of another that is simpler to understand. We like analogies because they, through the short-cut of fuzzy logic that is part of our evolutionary heritage, fruitfully engage and catalyse our instinctive, intuitive, and holistic thinking abilities to arrive at snap practical answers.That may be no bad thing, even though personally I have a powerful preference for that modern cultural thinking tool known as ‘the scientific method’, based on evidence and analyses. But, as we all know, this is very often a boringly tedious and time consuming process. Besides, the inherently slippery nature of fuzzy logic allows for the convenient fudging and glossing over (if need be) of possible flaws in the argument. Little wonder then, that poets, politicians and religious leaders (and columnists?) are so attracted by analogical discourse. Their need to win you over is compulsive and absolute.But enough of generalities; let us get down to the nitty-gritty.

Driving down a busy main road, how often have you witnessed the following: an impatient pedestrian (or even a group), defiantly steps out into the road, holding an outstretched right-hand head-high, with the palm facing the oncoming traffic, as a signal for the traffic to give way? Sometimes — and I swear these innocent eyes have witnessed it — the fearless offender, looking resolutely straight ahead, refuses even to take a rightward glance while executing his manoeuvre. It is as if he is nonchalantly challenging the world to do its worst if it so dares. But more usually, his progress across is a halting, jerky affair, as not every motorist is prepared to be submissive in this game of ‘chicken’. Indeed, it is quite normal for the person to be stuck for quite some while slap bang in the middle of the road, frozen, as the traffic whizzes past both his nose and posterior.Now what should a normal, sane, rational, person make of such wilful and fate-tempting behaviour? The idiot does not have the right-of-way (which belongs to the road user), but who cares about such legal trifles; the possible gain (a few minutes at most) bears no relation to the possible loss (of life or limb); and — worst of all — the jaywalker’s actions serve to recklessly pawn away all his own responsibility for his well-being by leaving himself entirely at the mercy of the complete stranger of a motorist.

What would happen should a driver inadvertently lose his concentration, or become distracted (as can easily happen), at that very moment? I leave you to picture the post-accident scene. Should the motorist have the temerity to stop, it is dollars to doughnuts he will be lynched as the offender by the crowd that will gather.Now, it is not as if jaywalking is a peculiarly Pakistani pastime. It happens everywhere. But, having travelled the world, I can testify that our local product is easily the most intrepid (or, should that adjective be ‘foolhardy’?). What is more, the Punjabi variety — especially that from Lahore — takes the cake.The question that troubles me is this: does such behaviour spring from the same sort of psyche that produces a Kargil adventure, or calls for Pakistan to assert its ‘sovereignty’, no matter what the cost? It is what I call the “I gotta do what I gotta do, but if anything goes wrong as a result the fault will be entirely yours” syndrome.Should a nuclear state initiate a ‘righteous’ armed conflict with another state similarly armed, on the assumption that the latter will, perforce, limit its response and be careful not to escalate matters to dangerously unpredictable proportions for both? Should we invite possible economic catastrophe by telling the international community to get lost, in the naïve belief that either it is just inconceivable it can afford to ignore us, or that in any case we can easily do without its help? Is society well-served by judges who see their role as providing ‘justice’ in the widest possible sense, be it political, social or economic?

I think of what happens on our roads as a microcosmic reflection of our society in many ways. Below, I offer another analogy that justifies my belief that the sure way forward for us is not those wild (and ignorant) calls for ‘revolution’ but through those natural and ever widening circles of excellence that spread their influence by osmosis throughout society. It is a quiet and slow process, to be sure, and often invisible. But the process has those supreme triple merits of being effective, willingly accepted, and permanently absorbed.Generally, traffic in the country is chaotic, with no respect for any rules. In the urban areas we begin to see a semblance of order. And Lahore is better still, with Karachi probably a further improvement. Islamabad, where motorists wear seatbelts and have probably more respect for the laws than anywhere else in the country, has got all other cities beat, while behaviour on the Motorway has set new benchmarks. And, have the introduction of traffic wardens, and the training of a courteous and helpful Motorway Police, not shown us the way to a steadily improving future?I see such hopeful developments in our media too. A new crop of sane and sensible personalities are, gradually but surely, providing an alternative voice to that of a clutch of raucous, ranting ideologues who, thanks to an accident of history, were at the right place at the right time to fill the space suddenly created for an independent media, and monopolise the moulding of public opinion – Dailytimes – A Munir Attaullah