Battling the rage within 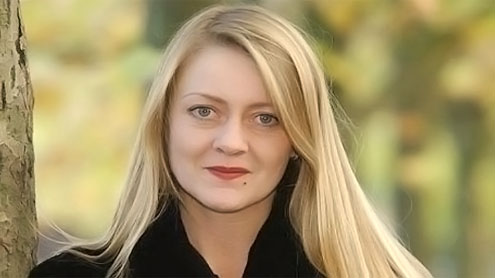 The government of the United Kingdom uses the words “national security” a lot but is vague when it comes to defining what it means. A variety of services are charged with guarding it and, like all such forces, jealously protect their particular patch. As far as I know, there has been no national assessment of the realistic threats to the UK or of the performance of the security services and police forces supposed to protect us from them.Instead — as former security services officer Annie Machon points out    —    undercover police units have become more James Bond-like in their activities and the security service MI5, has become more “Plod-like”. And this role reversal has occurred without any public debate.By tradition, the Metropolitan Police special branch took on the task of investigating terrorism while MI5, which was founded in 1909 to handle the German spy threat, concentrated on espionage and political subversion.

Then in 1992, the head of MI5, Dame Stella Rimington who had learnt her skills in India, managed to steal from the Metropolitan Police the right to investigate Irish terrorism. Machon says: “There MI5 magically discovered that subversion was not such a threat after all and transferred all its staff to the new, sexy counter-terrorism sections. Since then, MI5 has been building its counter-terrorism empire, despite the fact that most experts think terrorism should be treated as a crime and handled by police. Machon says that despite what Americans have been “hysterically asserting” since 9/11, terrorism is not some unique form of “eviltude”. “It is a crime, a hideous, shocking one, but still a crime that should be investigated, with evidence gathered, due process applied, and the suspects on trial in front of a jury.”A democracy that respects human rights and the rule of law should not intern suspects, or render them to secret prisons where torture takes place. Nor should it hold them without access to lawyers and then subject them to show trials where they are not allowed to know the evidence against them.MI5 has shown that its most preferred counter-terrorism technique is one originally developed by the Russians after the revolution.This is to set up a fake terrorist organisation and wait to see who joins it. But this is fraught with danger because it is hard to decide when under-cover counter-terrorist work shades over to become acting as an agent provocateur.

The courts are aware of this danger as acquittals in several cases brought against young Muslims in Britain have demonstrated. Meanwhile, Special Branch was busy with organised crime and animal rights activism. Or rather was not very busy, as neither field demanded its whole attention and one of its sections, under-cover cops, found it had plenty of time on its hands. So the Association of Chief Police Officers (ACPO) came up with the idea of using the under-cover cops against UK domestic extremists.They started out infiltrating animal rights activists but soon expanded to include going under cover and infiltrating peaceful protest groups.When this was discovered — an under-cover cop had a fit of conscience and blew the whistle — there was a public outcry because British law does not recognise an offence of domestic extremism. So it cannot be used as justification to invade a citizen’s privacy because they hold legitimate political beliefs and seek to promote them.Machon says: “A group of well-meaning environmental protesters should not even be on the radar. And no matter how awful, the occasional terrorist attack is not an existential threat to the fabric of the nation.“Once we understand the real threats, we can discuss the steps we should take to protect ourselves . . . and what democratic accountability to put in place to ensure that the security forces work within the law and do not exceed their remit.” That sounds like an eminently sensible idea – Khaleejtimes

Bipasha goes back to her roots