The lights are out – Much too much 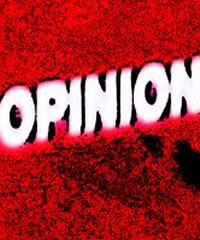 The people of Pakistan really are a resilient lot, willing to suffer every torment with the kind of passivity and stoicism that would put a monk in penance to shame. In the last five years alone, we have suffered from massive natural and man-made disasters. A rough inventory of the string of horrors: an earthquake that reduced most of our part of Kashmir and other places in the north to rubble, flash floods in successive years, bloody ethnic violence, the Taliban and their unending suicide bombing that has killed thousands, drone attacks, high inflation and loadshedding. Yet the people only occasionally mumbled about their misfortunes, and their noses remained glued to the grindstone.

Not this time round, though.

For the last two weeks or thereabouts, the long ongoing loadshedding was ratcheted up across the country’s densely populated urban centres to as long as 18 hours a day. This was something which had not happened in the worst of times, not even at the peak of summer.Outages of up to four, even five, hours at a stretch was torture pure and simple, with the lack of another essential, water, compounding the misery. And apart from individual discomfort, everything from businesses and manufacturing – especially at the lower end, which cannot afford generators to produce their own electricity – came to a grinding halt. This meant no wage for those already in the pit, the workers and day-labourers. And to add insult to injury, despite no power, everyone had to cough up for super-inflated electricity bills.

This was much too much to endure. Left high and dry, the people came out unprompted and in anger. And when the mobs are angry, violence is inevitable.The PML(N) came out to exploit this – partly to get back at the PPP and partly to divert attention from its own ‘governance’ issues in the Punjab, where to make matters worse dengue has run a deadly riot. But the opportunism of Brothers Sharif aside, it is the magnitude of the havoc the blanket outages continue to cause and the fact that nothing tangible is apparently being done to resolve the issue for the short term that is causing angst amongst the people. So, more protests and more violence seem highly likely.Spawned by the so-called circular debt (about the size of which everyone is clueless, with federal ministers quoting sums running up to Rs300-plus billions) this crisis was wholly avoidable. At issue was not the capacity, for there is ample capacity in the system to meet the demand even if it was higher by another 4,000 megawatts. It was purely a question of competence, of sensitivity towards the people and their anguish. And this had come to pass when the PPP, otherwise the party that has always claimed to read the pulse of the people the best amongst the lot, is in power.

After nearly four years, one thing is obvious. The country’s Head Watchman, and the PPP’s head honcho, is dexterous in the extreme when it comes to wheeling dealing to keep this coalition of strange bedfellows going but not really concerned when it comes to alleviating the people’s suffering. Another stand-out feature of the PPP-led government is its cluelessness in tackling any crisis that crops up. And unfortunately for the people there has been no shortage of these.This combination of insensitivity and cluelessness has added to the gravity of an already bad situation. True, the current dispensation inherited this problem, because Gen. Musharraf’s regime, while doing next to nothing to produce cheaper electricity, in 2006-07 had accumulated this monster of a circular debt. And, one has to grant, finding a solution to this in the best of times would have been difficult. That said, leadership is about being proactive in providing solutions, about offering relief. This has not been this government’s forte.

In tough times, welfare-driven governments resort to belt-tightening. Nothing of the sort was done here. Instead, spend-thriftiness of the extreme variety has been the norm. You only have to read Angelina Jolie’s account of her sojourn in these parts during 2010 floods to have a sampling of the opulence that our ruling elite indulge in. One little act could have saved billions in fuel costs alone – perhaps hundreds of billions over the last three and a half years: denying government officials across the country the fleet of cars, and gas guzzlers at that, and putting a cap on the petrol they consumed with only one vehicle at their disposal. Which country, even amongst the developed ones, offers such expensive luxuries to its bureaucracy?

Since this energy conundrum is here to stay, and can only get worse with demand predicted to rise up to 26,000 megawatts in the next four years, and since the government is likely to remain as insensitive as it has so far been, the people too have to pitch in to provide a solution. That lies in conservation. Here we would do well take a leaf out of Japan’s books, which resorted to setsuden (energy saving) after all but 15 out of its 54 nuclear reactors had to be shut down in the aftermath of the March earthquake and tsunami.This is how an editorial in The New York Times on September 25 describes the remarkably successful Japanese endeavour: “…This was a huge blow to a country that depends heavily on nuclear power… As summer approached, the only way to avoid a national energy emergency was through drastic conservation. And so the Japanese powered down.

“The government required big power users to reduce peak consumption by 15 percent. Utilities pleaded with consumers to pitch in. Industries, offices and private households turned lights off and thermostats up, above 80 degrees Fahrenheit. Office workers traded suits and ties for kariyushi shirts, the Okinawan version of aloha wear. They moved their shifts to early mornings and weekends, climbed the stairs and worked by the dim glow of computer screens and LED lamps. Families stopped doing laundry every day; department stores and subway stations turned off the air-conditioning.“Setsuden worked. This month, the government lifted restrictions on power use, weeks ahead of schedule. Tokyo lit up again, having avoided blackouts and brownouts by keeping peak use well below last year’s levels.”

The point of conjecture is whether we can do a similar conservation act?