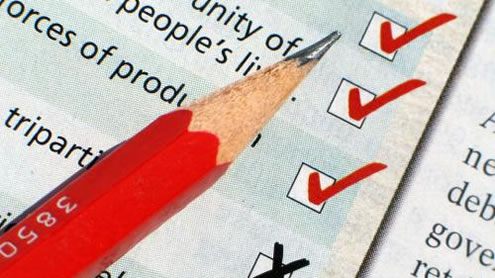 An old photo from World War I shows a company of German soldiers getting on the train on their way to the front. On the wall of the car somebody had scribbled: “viel Feind, viel Ehr’” (“The more enemies, the more honor.”).In those days, country after country was declaring war on Germany. The spirit of the graffito reflected the hubris of the supreme commander, Kaiser Wilhelm, who relied on the war plan of the legendary German General Staff. It was indeed an excellent war plan, and as excellent war plans are apt to do, it started going awry right from the beginning.The foolish Kaiser now has the heirs he deserves. Israel’s Deputy Prime Minister Moshe Ya’alon, a former army chief of staff, has announced that Israel could not possibly apologize to Turkey, even though its national interests may demand it, because it would hurt our “prestige.”

Many enemies, much prestige. It seems that we shall soon run out of friends whom we can turn into enemies to gather even more prestige.Last week a black cat came between Israel and its second best friend: Germany.High-ranking German officials confided to their Israeli colleagues that their Kanzlerin, Angela Merkel, was “furious” when she heard that the Israeli government had approved the building of 1,100 housing units in Gilo, a neighborhood in occupied East Jerusalem. Just a few days earlier, the Quartet had invited Israel and the Palestinian Authority to restart negotiations and abstain from “provocations.” If this is not a provocation, what is?

Merkel called Benjamin Netanyahu and gave him a severe dressing-down, something that had never happened before.Until now, Germany has kept to a strict code of behavior toward Israel: After the unspeakable crimes committed by the Nazis against the Jews, there could be no criticism of any Israeli act, Germany would pay for a crucial component of Israel’s armaments, Germany would suspend all moral criteria as far as the Israeli-Palestinian conflict was concerned. Not any more, it seems. We may be losing our only second-best friend.The classic example of “How to lose Friends and Alienate People” is, of course, our affair with Turkey. David Ben-Gurion, the arch-architect of Israel, believed that peace with the Arabs was neither possible nor desirable. He devised an alternative: A ring to encircle the Arab world — an alliance of non-Arab allies including Turkey.

Our relations with Turkey developed over the years into a very close marriage. Suddenly Turkish-Israeli relations have foundered like a ship hit squarely by a torpedo.It started when Turkish Prime Minister Recep Tayyip Erdogan abruptly got up and left a public dialogue with Shimon Peres in Davos. Avigdor Lieberman’s Foreign Office decided to retaliate. His deputy, a genius by the name of Danny Ayalon, summoned the Turkish ambassador to his office for a rebuke and had him sit on a low sofa while towering above him on a high chair. The ambassador did not notice, but little Danny proudly explained his ploy to the assembled Israeli journalists. The ambassador took his leave and went home.

Turkey reacted unofficially by sending the Mave Marmara to break the Gaza blockade. Nine Turks were killed. Erdogan demanded an apology. That’s where the prestige came in.One can argue, of course, that the whole business was a premeditated tactic of Erdogan’s to change course and dump Israel for other allies. If so, it was even more stupid of our government to play into his hand.When the Arab Spring broke out, Turkey jumped on the bandwagon and proposed a Turkish-Egyptian axis, reminiscent of the good old days of the Ottoman empire. Israel clung to the shattered dictatorship of Hosni Mubarak.The result was that Egyptian crowds attacked the Israeli Embassy, forcing the ambassador and his staff to flee the country, and that saboteurs repeatedly blew up the pipeline that transports Egyptian gas to Israel at very low prices.

Lieberman and Co. have lost Turkey and are losing Egypt, our two stalwart allies in the region, and have insulted, humiliated and trodden on the toes of a dozen other nations. But they have undoubtedly gained much prestige.People who look for logic in politics often arrive at conspiracy theories. When the present government coalition was set up, Lieberman asked for the ministries of immigrants’ absorption, justice, interior security (police) and foreign affairs. Immigrants — that was natural. His voters are mainly immigrants from the former Soviet Union. Justice and police — also natural. The police are conducting an endless investigation against him concerning mysterious funds that he and his very young daughter have received from Eastern European sources. But the foreign office? What for? One of my acquaintances has come up with a theory: What if the Russians.Lieberman spends a lot of his time in Russia, Belarus, Ukraine and his native Moldova. Who else but Russia has an interest in destroying the international standing of Israel, one of the closest allies of the United States? Wouldn’t it have been rational for Vladimir Putin to.But that is, of course, a joke. There must be another reason. But which?

A foreign journalist asked me the other day: “but what do they think?” “They” — Netanyahu, Lieberman et. al. — are losing all our remaining friends, humiliating Barack Obama on the way. They sabotage the resumption of peace negotiations. They sprinkle settlements everywhere.If the two-state solution is finally made impossible, what remains? A unified state from the Mediterranean to the Jordan? What kind of state would that be? They are dead set against a binational state, which would be the total negation of Zionism. An apartheid state? How long could that last?The only “rational” alternative would be total ethnic cleansing, the driving out of 5.5 million Palestinians from the West Bank, the Gaza Strip and Israel proper. Is that possible? Would the world tolerate it? The answer is: “They” just don’t think very much at all. There is no national debate, only a vague desire to keep everything. Rightist Zionists want to hold on to all of historical Palestine, leftist Zionists want to hold on to as much of it as possible. That’s as far as the thinking goes.

The ancient Hebrew sages said: “Who is the bravest hero? He who turns his enemy into a friend.” The modern sages who govern us have turned this around: “Who has the most prestige? He who turns his friend into an enemy.” – Arabnews