King’s dream lives on… or does it? 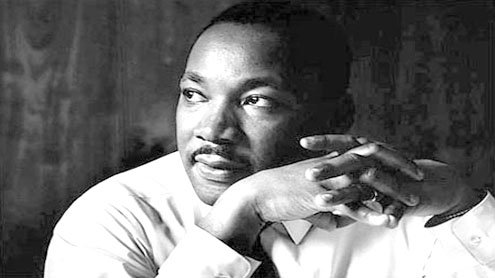 Scores of celebrations will take place in Washington, DC in conjunction with the 16 October dedication ceremony of the Martin Luther King, Jr. National Memorial. However, 43 years after King’s assassination, his dream has yet to be fulfilled.

As we dedicate his memorial, each of us should look back on his dream for equality, justice and peace in our country and the world, and remember that Kingís vision extended well beyond race.Just before his life abruptly ended, King had been working to direct national attention to poverty. In 1968, the Poor People’s Campaign took place in Washington, DC. Surely King would be disappointed to know that today 46.2 million Americans live in poverty, an all-time high since the 1950s when the government began recording such numbers. While the poverty rate will hopefully improve as the nation rebounds from the economic downturn, the racial wealth gap may remain static.

The US Equal Employment Opportunity Commission, for example, found that some US companies unlawfully discriminate by rejecting job applicants with poor credit histories. This disproportionately affects minorities: in 2007 the Federal Trade Commission found that 26 per cent of African Americans were in the group of people with the lowest ten per cent of credit scores, with ten per cent of Hispanics and seven per cent of whites.

Minority groups not only face disadvantages in employment but also in the financial sector. The New York Times reported, in December 2009, that during the real estate boom, banking institutions gave blacks and Latinos sub-prime loans that were more likely to result in defaults, even when they qualified for low-interest loans. The resulting foreclosures were economically devastating to minorities.

We would also do well to realise that King not only advocated for economic justice but also for peace. He objected to US involvement in the Vietnam War. In his 1967 speech, “Beyond Vietnam: A Time to Break Silence” he characterised war as an unjust way to settle differences and criticised the government for prioritising war over improving society.

Even in cases of liberation, King believed that our government should prioritise programmes of social improvement over military spending. Unfortunately, not much has changed, with US troops stationed in Iraq and Afghanistan for nearly a decade.

The very public dedication of King’s memorial should serve as inspiration to live out King’s dream.But what would living out King’s dream of racial and economic justice and peace look like? When it comes to combatting poverty in minority communities, companies could level the playing field for workers of colour by looking beyond credit history to consider applicants’ skill level and past work references.

To assist with minority recruitment, companies could also reach out to established civil rights groups to help spread the word about job opportunities to minorities — as they did in the 1950s and 1960s.

And banks should provide black and Latino communities the same opportunities for low-interest loans as their white counterparts.If defence remains the key priority for government funding, programmes that help those in need will suffer. In response to this reality, the Congressional Progressive Caucus released a fiscal plan called ‘The People’s Budget’ in April, which did not pass the House of Representatives.

This plan advocated the withdrawal of troops from Iraq and Afghanistan and cuts military funding. To truly live King’s legacy, we should support programmes and practices like these that ensure a just, equitable and peaceful future for all Americans. – Khaleejnews

After 350 years, Irish judges throw off their wigs