The upswing in Indo-Pak ties 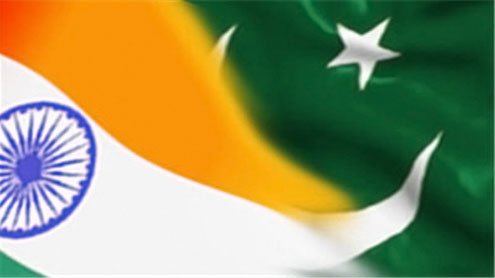 Whatsoever be the nature of Indo-Pak relations, the swings in it has virtually the whole world engaged in speculations on what do these really spell for the two countries and the region.

The latest development is Pakistan’s decision to grant India the status of  Most Favoured Nation (MFN) which is expected to provide a major boost in their bilateral trade. Though India granted Pakistan MFN status way back in 1996, the unilateral move did not play a major role in substantial exploitation of the trade potential between the nations.

Several Pakistani authorities hold the opinion that despite India having recognised Pakistan as MFN, too many bureaucratic hurdles, red tapism and other such barriers have had a negative effect on encouraging their bilateral commercial ties, to date. They have supported this by arguing that Pakistan is running a trade deficit with India. India exports more to Pakistan than it imports from there.

Both sides, however, agree that direct trade, without passing through a third country, would play a major role in cutting down transportation costs and reducing price of the commodities being traded. Considering the market size of Indian consumers, once Indo-Pak trade begins moving in the right direction, it would be a major boon for both the sides. At present, the Indo-Pak trade is less than $3 billion. During their talks in New Delhi, Indo-Pak Commerce Ministers set the target of reaching $6 billion annually within a period of three years.

Five years ago, Pakistan would not have probably even thought along this line. And even if Islamabad had given this impression, Delhi would not have taken it seriously. New Delhi would have been adamant about Pakistan tackling terrorist elements operating from its territory against India. And Pakistan would have remained insistent on resolving mutual disputes before talking of increasing economic cooperation.

Both the governments would not have probably even considered opening a “new chapter” in Indo-Pak ties had they feared a strong backlash on their domestic fronts. The credit for influencing the people and governments on both sides to start thinking positively about each other goes to the communication revolution and also the business sector. The former is marked by an increase in people-to-people interaction and a major upswing in getting together for cultural activities.

A strong linkage between business and entertainment has brought India and Pakistan closer at two major levels. One is Bollywood and other is cricket. In addition to Bollywood stars and movies being quite popular in Pakistan just as Pakistani dramas are a craze in India, Pakistani artists are increasingly singing for Bollywood movies.  Similarly, a commercialisation of cricket has led to Pakistani cricketers playing for Indian “owned” teams — this is not considered strange.

At one time, if leaders of two countries were present in a third country for some multilateral summit or conference, they tried not to meet each other. Now, they make it a point to hold a meeting on sidelines of the summit. The recent meeting between Prime Minister Manmohan Singh and his Pakistani counterpart Yousuf Raza Gilani in Maldives on sidelines of 17th South Asian Association for Regional Cooperation (SAARC) summit was not their first.

Though they may be viewed as a show of cosmetic diplomacy, the Singh-Gilani meets were necessary to spread the message that the two nuclear powers were not near any war-like stage because of the Mumbai-tension. In all probability, India and Pakistan may not be considered close friends. Nevertheless, once their commercial cooperation picks up significantly, the world will cease describing them as “permanent enemies”! – Khaleejnews