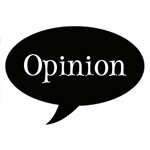 This is the season of summits. It took European leaders several summits to hammer out a rescue package for the euro; then there was the G-20, the new ring of global power.

Then President Barack Obama hosted the Asia-Pacific Economic Community meeting in Hawaii, where he was born and raised, and then attended the East Asia Summit in Indonesia, where he lived. The symbolic value of such meetings is often overrated. But they offer an opportunity to take stock of the changes that have quietly reshaped the landscape of world power. They show how much the center of gravity of the world economy has shifted to the east, to Asia, and to what extent this has tilted the overall balance of power.

Overpopulation was once considered a curse and an obstacle to development, but this has changed. Adequate reforms were carried out, not only lifting millions out of poverty, but turning the demographic giants into the growth engines of the world economy. This observation also applies, in different degrees, to other Asian countries, such as Indonesia or Vietnam, whose populations may seem small only by contrast. In many respects, the future belongs to them.

And it is bound to last. The emerging countries of Asia benefit from the “demographic bonus” — a young population with few dependents to support — and they have managed to create the right conditions to take advantage of it by developing good education systems, attractive business environments and investing in research and development. Add a solid work ethic, low wages and an appetite for a better life, and the virtuous circle is liable to last for some time. Developed countries, such as Japan and Korea, followed that path earlier, and their achievements illustrate where sound policies lead.

Many Asian countries also share the experience of having had their fingers burnt by the financial crisis of 1997, which prompted them to pursue policies of aggressively export-driven growth, and thus to accumulate trade surpluses. In March 2010, the 10 Asean members plus China, Japan and South Korea set up the embryo of an Asian monetary fund — this time without resistance from the United States, as there was in 1997. Building on the so-called Chiang Mai Initiative, it draws from a foreign-exchange-reserve pool of only $120 billion.

But Asia is not the region where such a mechanism is most needed. The premier foreign creditors of a debt-ridden United States are China and Japan, and Chinese officials have expressed worries about the sustainability of the American addiction to debt and the quality of China’s dollar holdings. China has also been invited to help solve the euro crisis.

The Obama administration has been eager to pay greater attention to the challenges and opportunities in Asia. Not only did the administration secure a seat at the East Asia Summit, but it quietly reoriented foreign policy towards Asia — beyond China and India. In 1941, even before Pearl Harbor, the magazine publisher Henry Luce called for an “American Century,” spurring the United States to rise up to its global responsibilities. Rather than letting, by neglect, the notion of an “Asian Century” or a “Chinese Century” develop, Hillary Clinton proclaimed the 21st century “America’s Pacific Century” — the title of her comprehensive essay in the November issue of Foreign Policy. The implication was that the 20th century had been “America’s Atlantic Century,” which is now over.

As the wars in Iraq and Afghanistan wind down, the secretary of state wrote, “we will need to accelerate efforts to pivot to new global realities … to press forward and renew our leadership. In a time of scarce resources, there’s no question that we need to invest them wisely where they will yield the biggest returns, which is why the Asia-Pacific represents such a real 21st century opportunity for us.”

The United States undoubtedly has the credentials to play such a role in this Pacific area, which Clinton generously expands to India, with the support of Asian countries anxious to balance the rise of China in uncertain times. But while post-World War II America secured its position in Europe through what resources it could muster, credit-worthiness and cutting-edge competitiveness, the America of today is a heavily indebted country paralysed by political gridlock and burdened by low competitiveness in the tradable sector.

Statements matter when power is at play, but fundamentals matter more, and these weaken the hand of the United States in the unfolding game. – khaleejtimes