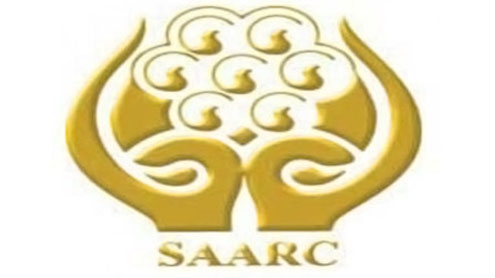 The 17th SAARC summit brings with it a promise of change for the South Asian region, what with the SAARC members focusing on improving trade relations and working towards the betterment of the region to gain a better standing in the world.

Up till the point where the South Asian Association for Regional Cooperation (SAARC) met for its 17th summit in Maldives, the SAARC had been an ineffective organization which had failed to deliver to its people the level of dedication and harmony that is upheld by ASEAN of the EU. Where ASEAN and EU have been witnessed to be providing for its people through and through, SAARC has been in a deep slumber of ignorance and non-productivity. Its very existence was criticized by people all over the world. But 2011 has been, and continues to be, the year of changes. And so, SAARC seems to have been jilted form its sleep.

The eight South Asian countries have finally started showing signs of working together for the betterment and prosperity of this region and have finally started showing signs that it is working towards improving ties. The 17th SAARC Summit focused entirely on trade and investment in the region, a good sign for the otherwise calamity-stricken region of South Asia. They have also moved forward on the issues of connectivity, climate change and trade and taxation. But what is disappointing is that even though SAARC managed to tackle these humongous issues; it left out the basic human rights issues and problems that the region faces; issues such as poverty, gender discrimination, women rights and other basic human rights.

With the theme of the 17th SAARC summit being “Building Bridges,” the SAARC members, namely India and Pakistan, seem to be doing just that with Pakistan awarding India the status of the Most Favored Nation (MFN) which will ensure better trade relations with India amongst other feasibilities. This serves as a good omen for the SAARC organization because regional trade was the most important agenda of the 17th SAARC summit, and with the prosperity of the region depending majorly on India-Pakistan ties, this is a massive milestone which the SAARC has managed to bag.

But since terrorism is a major drawback of the entire South Asian region, this new found trust and conviction needs to be kept alive by protecting it against terrorism and insurgencies. The SAARC members should work together to eliminate terrorism from the region, lest the situation deteriorates and Pakistan-India go back to being hostile against each other as they were post-Mumbai attacks. Terrorism, along with human rights issues, should have been the foremost agenda of the SAARC members to truly build bridges amongst each other but what it has managed to gain in the two day summit is still laudable, as one didn’t expect even that much of SAARC keeping in mind the previous track record that the organization has. – Zainab Tariq