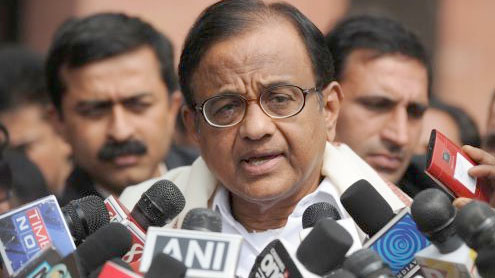 The dilemma is troublesome, if not acute. America offered a reward of $10 million for information leading to the arrest of Hafiz Mohammad Saeed, leader of the Lashkar-e-Taiba, alias Jamaat-ud-Dawa. So far the only person who has stepped out to claim the reward is Saeed himself.

If all Washington wants to know are his whereabouts, he is quite happy to pass on his daily itinerary to any designated individual or agency.The goalposts shifted a bit. Washington has clarified that it will only pay for material that can convict Saeed.Step forward, P. Chidambaram, home minister of India. Chidambaram has long insisted that he has provided Pakistan with enough documentary evidence to indict Saeed. He argues that it is Islamabad’s unwillingness to pursue the case, and dread of consequences, that keeps Saeed a free man, able and willing to deliver a thousand sermons, whether from the street, mosque or television.

This week in Bangalore, India’s Foreign Minister S.M. Krishna asserted once again that the evidence in these documents was irrefutable. Why doesn’t Chidambaram send this file to Washington, claim the reward on behalf of the Indian police and sit back and see what happens?China, Pakistan’s all-weather friend, raised the blame game in what will surely be known as “bounty week” when on April 6 a formal foreign office statement blamed “a country in South Asia” for providing sanctuary to six Muslim Uighurs, leaders of the East Turkistan Islamic Movement, who “not only threaten China’s national security but also the peace and security of relevant countries and the region.”

Xinhua, the state news agency, piled in by calling them “the most direct and real safety threat that China faces.” Strong words, but no prize, I am afraid. Washington needs hard evidence in exchange for hard cash. Names. Addresses. Mobile numbers. Name of country, please. South Asia is too large. Are they in Nepal, Bhutan, Bangladesh, Sri Lanka, Maldives, India or perhaps even Pakistan?Circumspect sentences won’t do. So the bounty is still available to Delhi.

Perhaps Washington should have been just a little more forthcoming when it posted its rewards program for terrorists in international space. America has not put Saeed among the five men on the 10 million list because Delhi sent its version of how Lashkar-e-Taiba organized the Mumbai outrage in 2008. It did so because one of Saeed’s operatives, the Pak-American David Headley, confessed details of Lashkar links to both Al-Qaeda and ISI, the Pakistan Army’s premier intelligence network: Headley was arrested at Chicago airport by FBI in 2009. Headley’s contact with Al-Qaeda was Muhammad Ilyas Kashmiri, and he revealed that he had been financed by the ISI to do reconnaissance work in India for the Mumbai operation. All this and much more has been revealed by some courageous Pakistani journalism, notably by Syed Saleem Shahzad, who was murdered shortly after his book Inside Al-Qaeda and the Taleban came out.

Adm. Mike Mullen, then chairman of US joint chiefs of staff, said that he had been killed to prevent further revelations. America has learned specifics from the trove of papers it picked up from Osama bin Laden’s hideout, in the immediate neighborhood of the military academy at Abbottabad, which confirmed links between Al-Qaeda and Saeed. Saeed has been wanted by American agencies at least since 2008. In 2010, he was included in the American sanctions group. The reward takes the search for Saeed to its next logical rung; and there are not many rungs left on this ladder.

The situation therefore is this: We have the money, crisp and waiting in the American treasury. We have the object of attention, visible in plain sight, traveling frequently within Pakistan. We have documents available, both in Langley, CIA headquarters, and in one of the spacious, high-ceiling rooms of the magnificent Lutyens building in Delhi called North Block. Is something missing? Could that be the will to take the next step?In the privacy of desk work, the dots have been joined over the last three years, and a pattern is evident.

India has tried to answer the crucial question: What next? It has sought the cooperation of Islamabad, and been frustrated by delay. The Indian government has indicated, at every opportunity, that it understands the inability of Islamabad to do more, since the facts could do severe damage to Pakistan’s institutions. That is why it has not made India-Pakistan relations hostage to progress on cooperation in terrorism, even though Mumbai has left a scar on India’s psyche that will not disappear.

This is why Asif Zardari had lunch with Dr. Manmohan Singh in Delhi on April 8 even though he brought nothing to the table on terrorism. But Washington does not have a President called Manmohan Singh. It plays by different rules. It can be elastic, as in its relations with ISI. But such elasticity snaps. Its decision on Saeed is proof that this elastic band has broken. That elastic was holding up its relations with Pakistan. That equation has loosened just a little more. – Arabnews