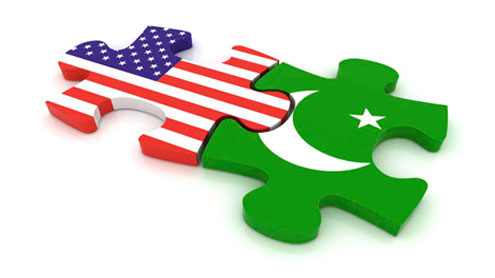 Pakistan and USA have been allies for more than sixty years facing all the highs and lows in the relations over the period.

This includes the military rules in Pakistan during which USA got the chance to strengthen its presence in the country to safeguard their interests in the region. The article also suggests what needs to be done by Pakistan as a country to get rid of the USA influence.After the partition of Indian Sub-Continent and creation of Pakistan, the country started its journey struggling with issues consisting of economic woes, national security, India’s non-acceptance of newly born country and Soviet influence on neighboring countries.

These were the problems that led Liaqat Ali Khan, the first Prime Minister of the country to look towards USA and adopt a pro-American policy. It was in 1949-50, when the PM received invitation from both Soviet Union and US for an official visit, which remained under consideration for a longer period to analyze Soviet Union’s capacity to fulfill the military, economic and technical interests of Pakistan. Though Liaqat Ali Khan tried to establish relations with Soviet Union but several factors including pressure from the religious groups within Pakistan, Soviet’s reluctance to provide military aid and glitter of American aid proved too much for him and he decided to visit USA instead of Soviet Union thus starting a unique love-hate relationship with Americans.

After Liaqat Ali Khan’s death, Pakistan remained busy with political and economic instability, wars with India and above all the military rules spanning over 30 years. During the three martial laws, American interest and subsequent existence in the area was one common factor. From USA spy planes flying to Soviet Union to Cold War fought in Aghanistan and the War on terror, our military dictators always became the proud host of Americans thus giving them enough strongholds in the country and allowing greater influence of USA on Pakistan’s internal and external politics. The Pak-USA relations have also seen some lows during the last 60 years, most recent being the latest series of events including killing of OBL and attack on Salala Checkpost, which resulted in killing of 26 army men and suspension of NATO supplies from Pakistan to Afghanistan.

Many International and Pakistani critics question the presence of USA in Afghanistan and Pakistan especially after the death of Osama Bin Laden, which was considered the biggest threat to USA interest and undoubtedly their biggest target. There are many conspiracy theories regarding USA interests in the region specially Pakistan. One group of analysts believe that as the region consisting of Pakistan, Afghanistan and other Asian states are full of natural resources, USA has planned to have a permanent presence in the region to gain control of the same. Another section is of the view that Pakistan being a Muslim Country having a nuclear bomb is not acceptable to USA as it has larger interests including huge investments in India USA would go to any extent to curb any threat to India.

So America has planned to dismember the Pakistani state, dividing it into small units, which would not be in a position to cause any harm to India or USA interests in it. Some of the experts in Pakistan also opine that as China is emerging as one of the economic super powers of the world, America needs its presence in the region to keep a check on Chinese by increasing USA influence.Unfortunately, the strategists and political analysts of Pakistan spend lot of time guessing about these conspiracy theories thus ignoring the very fact that the future of Pakistan is in our own hands rather than the Americans. The fact is that a fragile and vulnerable country like Pakistan is currently in no position of waging a war against the might of USA.

So rather than wasting our energies on creating a war hysteria by fuelling public sentiment through political gatherings media, we should concentrate on strengthening our basis by improving our economy, eradicating corruption, solving our internal differences, empowering the masses and more importantly by promoting the democratic process in the country. We have the biggest example of India, which opted for the Soviet Union in their interest when we chose America but today India is considered one of the closest allies of USA only because they concentrated their efforts to strengthen their institutions through democratic process. It is now our turn to get rid of our internal problems, which would enable us in becoming a stronger nation and will also help us in getting out of the USA influence. – Waqas Iqbal