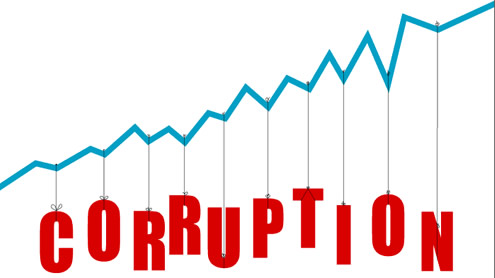 After 15 new ministers were inducted into the cabinet recently, Mr Right was raring to go to Islamabad along with a friend who according to him was talented enough to find the 16th place in the prime minister’s new team of ministerial wizards.

Both of them had booked their seats on the plane which crashed near Islamabad last week. Fortunately they missed the flight.Mr Right took it as a good omen about his friend’s chances of becoming a minister very soon. “Disasters don’t touch men of lofty ideas. My friend is capable of producing a disaster himself.”“But the ministry of disaster management has been given to somebody else, although it has been named as the Ministry of Climate Change,” I reminded Mr Right.

“The climate is changing, no doubt, but the government is stronger than the steel mills,” Mr Right declared. “It will get many more chances to rotate its ministers before it finally bows out.”“I don’t understand why they want to change portfolios of their ministers. With hard work, they have succeeded in developing a skill to make a mess of their ministry,” I said. “That’s why many ministers wanted to retain or regain their old portfolios.”“I know,” Mr Right said. “The previous minister of water and power wanted his ministry back, but Lady Luck didn’t smile on him.”“Because a labour leader had warned the government at a rally not to start the rental power plant racket again,” I said.

“My friend says if he is given the ministry of power he would set up candle factories in the country to solve the problem of electricity,” Mr Right said.“Your friend seems to be a man of ideas,” I said. “Does he have any plans to fight corruption?”“Oh yes,” Mr Right said. “My friend is keen to set up a Ministry of Corruption that will promote ways and means to become corrupt. It will hold workshops and seminars to make the people aware of methods to dupe anti-corruption authorities. Every year, the ministry will give the Most Corrupt Person Award to the best contestant from the public and private sector on the basis of the proof of his or her ill-gotten wealth.”

I was astonished. “But how would this contest help to eliminate corruption?”“By making corruption an openly acceptable skill,” Mr Right said. “The problem at present is that corruption is considered an ailment afflicting the neighbour. Nobody will bother if everybody is found vying for the honour meant for the most corrupt person of the year. Nobody will talk about it, not even Imran Khan.”“But why do you think that your friend will be given a chance to become a minister by this or any government?” I asked.

“He is uncouth and illiterate, good at hiding the truth and always ready to find bizarre solutions to all kinds of problems,” he said.“The ministries should make sense,” I said. “The newly-formed Ministry of National Regulation and Services conveys the impression as if it will look after irregularities in national services. Likewise, the Ministry of Capital Administration & Development seems to have been created to take over the functions of Capital Development Authority in Islamabad.”

“My friend says that these ministries have been created to find some work for cabinet members who are continuously blamed for not doing anything except appearing in TV talk shows,” Mr Right said.“Well, if your friend thinks that the ministers have no useful work to do, why he himself wants to join this show?” I asked.“He is ready to volunteer his services only to help the government. He will convince the prime minister to set up yet another ministry, called the Ministry of Denials & Contradictions because some top guns are fond of misfiring,” Mr Right replied. – Khaleejnews