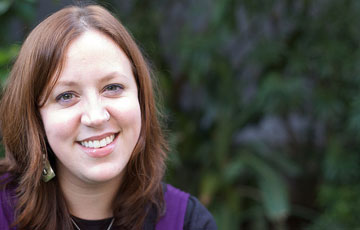 Keep the Internet an open forum

The Internet stands at a crossroads. Built from the bottom up, powered by the people, it has become a powerful economic engine and a positive social force.

But its success has generated a worrying backlash. Around the world, repressive regimes are putting in place or proposing measures that restrict free expression and affect fundamental rights. The number of governments that censor Internet content has grown to 40 today from about four in 2002. And this number is still growing, threatening to take away the Internet as you and I have known it.

Some of these steps are in reaction to the various harms that can be and are being propagated through the network. Like almost every major infrastructure, the Internet can be abused and its users harmed. We must, however, take great care that the cure for these ills does not do more harm than good. The benefits of the open and accessible Internet are nearly incalculable and their loss would wreak significant social and economic damage. Against this background, a new front in the battle for the Internet is opening at the International Telecommunications Union, a United Nations organisation that counts 193 countries as its members. It is conducting a review of the international agreements governing telecommunications and aims to expand its regulatory authority to the Internet at a summit scheduled for December in Dubai.

Such a move holds potentially profound — and I believe potentially hazardous — implications for the future of the Internet and all of its users. At present, the ITU focuses on telecommunication networks and on radio frequency allocations rather than the Internet per se. Some members are aiming to expand the agency’s treaty scope to include Internet regulation. Each of the 193 members gets a vote, no matter its record on fundamental rights — and a simple majority suffices to effect change. Negotiations are held largely among governments, with very limited access for civil society or other observers. When I helped to develop the open standards that computers use to communicate with one another across the Net, I hoped for but could not predict how it would blossom and how much human ingenuity it would unleash. What secret sauce powered its success?

The Net prospered precisely because governments — for the most part — allowed the Internet to grow organically, with civil society, academia, private sector and voluntary standards bodies collaborating on development, operation and governance. In contrast, the ITU creates significant barriers to civil society participation. A specialised agency of the United Nations, it grew out of the International Telegraph Union, which was established in 1865. The treaty governing the agency, last amended in 1988, established practices that left the Internet largely unaffected. While many governments are committed to maintaining flexible regimes for fast-moving Internet technologies, some others have been quite explicit about their desire to put a single UN or other intergovernmental body in control of the Net.

Last June, then-Prime Minister Vladimir Putin stated the goal of Russia and its allies as ‘’establishing international control over the Internet’’ through the ITU. Such proposals raise the prospect of policies that enable government controls but greatly diminish the ‘’permissionless innovation’’ that underlies extraordinary Internet-based economic growth to say nothing of trampling human rights. Some countries have expressed sympathy for these proposals. They are concerned about the outsized role they perceive that the United States plays in the direction and development of Internet policy. Some believe the status quo favours the interests of large, global Internet companies. Others believe the ITU can help speed Internet access in the developing world. I encourage you to take action now: Insist that the debate about Internet governance be transparent and open to all stakeholders.-khaleejtimes

Past winners lead the pack for Cannes film award

Constitution does not bar dual-nationality: PM

Constitution does not bar dual-nationality: PM