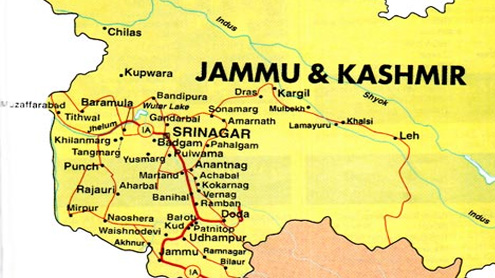 FORMER UNITED States President Bill Clinton once famously called it ”the most dangerous place on earth”. Three wars have been fought over it, and it is India’s most intractable problem. I am of course referring to the state of Jammu and Kashmir.

When the transfer of power from the British took place, the princely states were asked whether they wanted to accede to India or Pakistan. Kashmir was in a unique position: It had a Muslim majority but a Hindu ruler, Hari Singh.  Hari Singh tried to be neutral but got scared witless when tribesmen invaded his state. He fled, appealed for New Delhi’s help, while acceding to India. The invading tribesmen were on the outskirts of Srinagar when Indian troops, airlifted into the Kashmir Valley, halted them.

A war followed between India and Pakistan, until the United Nations called a ceasefire. A line of control (LOC) was established, with India occupying 65 percent of the state’s original territory.  Sheikh Abdullah, Kashmir’s popular leader, extracted a degree of autonomy for his state, under the controversial Article 370, that was not given to any other state in the Indian Union.  However, from the 1950s to the 1980s, Jammu and Kashmir (J&K) was badly misgoverned, with rigged elections and widespread corruption.

The straw that broke the camel’s back was the rigged 1989 election when Farooq Abdullah, son of Sheikh Abdullah, was at the helm.  That was the signal for the insurgency. Every now and then, New Delhi gives the impression of trying to solve the Kashmir problem. The latest attempt is the recently released 179-page report of three “interlocuters” — a senior journalist (Dilip Padgaonkar), an academic (Professor Radha Kumar), and a former information commissioner (M.M. Ansari) — appointed in 2010 by the Indian government, following two years of violent unrest.

The interlocuters’ brief was “to interact with all shades of public opinion” and “suggest a way forward that truly reflects the aspirations of the people of Jammu and Kashmir”. They met 700 delegations, many prominent citizens and more than 5,000 people across the state in 11 months, thereby fulfilling the first part of their brief.

They cite “a sense of victimhood” in the Kashmir Valley, arising from the systematic denial of democratic rights, rigged elections, arrests of leaders and the choking of dissent through harsh laws. They also say that underlying the “demand for azaadi (freedom) and an Islamic state” is the feeling that “the woes of Kashmir are due to the emasculation of the substance of its distinctive status enshrined in Article 370 of the Constitution of India.” Over the years, the provisions of Article 370 have been eroded.

Some of the erosion has been symbolic: calling the prime minister of Kashmir, the chief minister, the appellation used in other Indian states. But in many other respects the erosion has been substantive, with the intention of integrating the state more closely into the Indian mainstream.  The main recommendations in the interlocuters’ report are unexceptional and deserve the serious attention of the Indian authorities. These include greater devolution of administrative and financial powers to the panchayati, or local, institutions, and more of a say in the choice of Governor to the Kashmir government. A reduction in the “intrusive presence” of security forces, is also called for.

Predictably, the Bharatiya Janata Party (BJP) has rejected the report outright, as have the separatists. The ruling Congress-led UPA government, after mysteriously refusing to release the report for seven months, has till now not made any comment. The fact of the matter is that for two decades of insurgency, Kashmir has suffered untold bloodshed  and misery (some 30,000 security men, militants and innocent civilians have died),  The alienation of the Kashmiris from India, especially among the Muslims, has been unprecedented.

Fortunately, in the last two years, there has been relative peace, and tourists, which have in the past been the main source of income for the state exchequer, have been returning to the Valley. New Delhi needs to build on this favourable climate and the interlocuters’ report points in that direction. As long as J&K remains an integral part of India, with foreign policy and defence under New Delhi’s control, I see nothing wrong in giving the state a degree of autonomy that satisfies the Kashmiris. India is, after all, a federal nation, somewhat like the USA.

And in the USA, the states have a similar degree of autonomy.The Indian government should have just one top priority: To win back the hearts and minds of the Kashmiris. It will be a difficult task, given the bitterness of the last two decades. But it is achievable. -Khaleejtimes