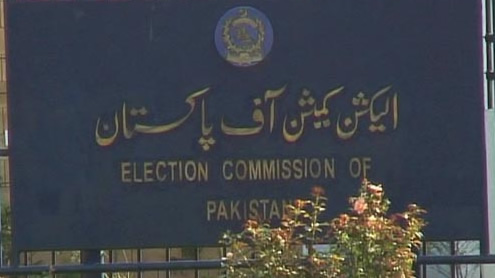 The Election Commission of Pakistan

In Pakistan, elections have always been marred by allegations of rigging, exercising political influence to get desired results and biased election commission.

For the first time, there is a consensus on the name of chief election commissioner, however, the election commission still faces huge challenges to make sure a free and fair electoral process. I was a small kid, only six years old when I first witnessed the 1988 general election. Although, at that time I just had no idea what elections were all about, it still was very exciting to see colourful flags on cars and motorbikes, posters on the walls of the city and passionate sloganeering by the political workers.

However, I also remember the ugly side of it when there were gunshots in the evening, when there were scuffles outside the polling booths between workers usually ending up in injured young people and then the ever going allegations and counter allegation regarding rigging in election. The above narration would seem familiar to everyone who have experienced or witnessed the general elections in 90s.

Politically speaking, Pakistan has always remained vulnerable to internal and external attacks, which means that politics (read Democracy) in Pakistan has not only been attacked by external factors like judiciary and military establishment but also by the politicians during the last 65 years. There is not one single election during the entire history of Pakistan, where allegations of rigging were not leveled against the victorious. These allegations, coupled with adventurism by military establishment and its validation by judiciary have shattered the very foundations of democratic system in Pakistan.

Allegations of rigging in elections have always risen due to absence or in some cases recognition of neutral election commission.  So, it was a breath of fresh air when probably for the first time in history, the two mainstream parties agreed on the name of Justice (R) Fakhurdin G Ibrahim as Chief Election Commissioner. However, we need to understand that there are huge challenges faced by the newly set up election commission as democracy has just started moving the right direction and cannot afford and humps in the way.

In this regard, the biggest challenge being faced by the Election Commission is accuracy of voters’ lists as any discrepancy in lists would directly affect the polling results and would end up in allegations and counter allegations of rigging. Recently, election commission has published the final voters’ lists after removing maximum inaccuracies. Another very strong challenge faced by the election commission is to make sure that the new code of conduct that was formulated after the judgment by Supreme Court will be followed by all the political parties.

It was unfortunate to see that the code of conduct was not adhered to in the recent by-polls in NA 151 and the election commission could not take any action against the candidates. However, it is strongly believed that with a neutral set up in place at election commission, the said challenge would be handled amicably by them. However, all is not well at this end either as many politicians believe that some of the regulations in the code of conduct are totally unrealistic and will not be followed in any given circumstances.

For example; the code prohibits candidates from providing transportation facility to his/ her voters, however, politicians consider it unfair as lack of public transport facilities in most of the cities and with no such system in villages, it would be impossible for the voters to reach their respective polling stations on the Election Day. Keeping in view, it is very important that before the general elections, a consultation process is carried out by the election commission with all the political parties regarding the code of conduct for elections.

It is not very difficult to reach a consensus on the issue as election commission would do its best to provide a level playing field to all candidates and all parties in the coming elections. It’s high time that all the stakeholders sit down for the greater good of democracy and Pakistan for modifications in code of conduct, which would surely bring transparency and fairness in the elections and would give election commission a strong authority as well.