Minorities on the run in Pakistan 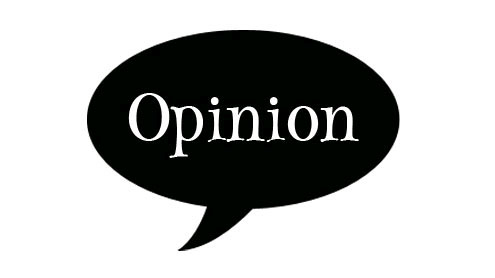 Minorities on the run in Pakistan

From the very beginning, minorities in Pakistan faced difficult circumstances and the situation was even worsened by the religious establishment as religion was used to exploit the emotions of general masses and minorities were persecuted, making it impossible for them to live in Pakistan.

“You are free; you are free to go to your temples, you are free to go to your mosques or to any other place or worship in this State of Pakistan. You may belong to any religion or caste or creed that has nothing to do with the business of the State.” How many times these lines from Jinnah’s speech have been mentioned in the talk shows, articles and speeches by politicians and intellectuals. But still, minorities are living in a dismal state in Pakistan.

Be it the Gojra incident, where hundreds of Christian houses were set on fire on suspicion of blasphemy or brutal killing of a Christian minister, from forced conversion of hindu girls to the most recent Ramsha Masih case, minorities have been treated in the worst possible manner in this land of pure. It is very unfortunate to see that in most of the incidents of violence against minorities; only a suspicion of blasphemy has been used as an excuse. Furthermore, misuse of the said law has resulted in worsening the situation in the country as well.

If we look back at the history of Pakistan, immediately after the death of Mr. Jinnah, Pakistan diverted from the very path given by him in his speech by introducing objective resolution and later making it the part of the constitution. By declaring Islam as the religion of the state, they not only went against the very principle of “state has nothing to do with people’s religion” given by Mr. Jinnah but it also gave a license to religious extremist to play with it as per their will.

What happened was that religious parties, who had certain support in the masses, chose to enter into active politics and used religion as their tool to gain votes in elections. But majority of the religious extremists picked up guns and believed that it was their duty to implement shariah by force. They used references not only from Islamic history but also from the objective resolution simply forgetting that Islam is a religion of peace and gives equal rights to minorities.

If that was not enough, more misery was inflicted upon minorities in Pakistan by beloved Zia ul Haq’s islamization and militarization of religious extremists. Laws made in one of the darkest era of Pakistan were later used against minorities of other religions as well as other Islamic sects. The unfortunate part of the whole scenario is that during Zia’s era, religious extremists gained so much power that the subsequent governments could not do anything to save minorities from the miseries.

The religious pressure group never allowed any of the governments to even review the suppressive laws or the way they were implemented. However, we still have time to see where we are heading with this. Its high time that we take some tough decisions and review all such laws and regulations, which are making this land impossible for minorities to live in. We need to accept them as Pakistanis and treat them the way Jinnah told us to. – Waqas Iqbal

Writer is an entrepreneur & a teacher by profession.