More than a juicy scandal 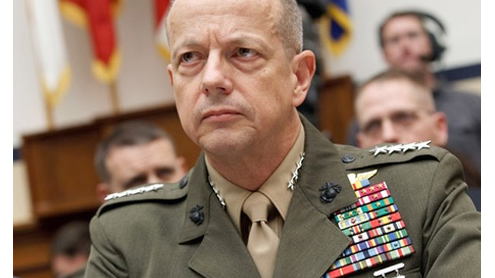 More than a juicy scandal

The United States has lost one war and is fast losing a second, yet what really upsets Americans seems to be a juicy sexual scandal; beautiful female general groupies; US brass in Tampa, Florida, living like potentates; the FBI investigating CIA; and the fall of America’s most important intelligence official, former top general, David Petraeus.

After America’s ugly, dreary election, it’s fun seeing the great and good caught with their pants down. Petreaus’ slinky paramour, the ambitious femme fatale, Paula Broadwell, is easy on the eyes.  So are voluptuous Tampa temptresses Jill Kelley and her sister who ignited this scandal by sending catty emails to the FBI. What business has FBI in monitoring extra-marital escapades of the military brass — provided they are not bedding Chinese or Russian agents?

This combined boudoir farce and inter-governmental feud raises serious questions about the emergence of America’s surveillance state.We see the FBI reading thousands of Petraeus’ emails and those of another senior officer dragged into the scandal, Marine Gen. John Allen, the US commander in Afghanistan.  This is the same FBI long locked in bitter institutional rivalry with the CIA.

Meanwhile, the CIA is being transformed from an intelligence gathering and analysis agency into a militarised outfit with its own fleets of lethal drones and combat units that will rival that other top secret military organisation, the Joint Special Operations Command – America’s version of Britain’s elite killers, the SAS.Thanks to legal changes made by the Bush administration during the post-9/11 hysteria, the FBI, the CIA and the National Security Agency can read emails and text messages of anyone vaguely termed a “threat to national security”.  Anyone who has ever sent a message to the person of interest can also be investigated, and anyone who has sent them email, and so on.

There’s an even bigger question. Every war produces generals glorified into heroes by government, media and their own public relations efforts. Gen. Petraeus, who commanded US occupation forces in Iraq, then Afghanistan, continues to be hailed as a “military genius” and “war hero”.Look again.  Petraeus and his fellow generals used every weapon in the US arsenal against Iraq’s eleven resistance groups (deceptively misnamed “Al Qaeda” by Washington), including the mass ethnic cleansing of two million Iraqis, death squads, torture and brutal reprisals.

UN officials assert that some 500,000 Iraqis, mostly children, died due to the US-led blockade under Saddam Hussein. At least another half million died from the US 2003 invasion until 2011. Yet after all this, the US forces were forced to pull out of Iraq at the end of what Saddam vowed would be the “Mother of All Battles”.

Cost of Iraq: $1.6 to 2.4 trillion; almost 5,000 US soldiers dead, 35,000 seriously wounded.  Some triumph. America has yet to accept the painful fact that while it won all the tactical engagements in Iraq, it lost the bigger war.  Petraeus was then sent to work his magic in Afghanistan before returning to Washington to head the CIA. There, the brainy general, who had a knack for self-promotion and public relations, tried again to crush the Pashtun resistance by massive bombardments, billions in high tech gear, reprisals that wiped out entire villages, search and destroy missions. Torture and executions were as common as during the Soviet occupation.

A disgusted American public now wants out of the endless 11-year conflict, the longest in US history. Most of the US garrison is supposed to withdraw by 2014. Petraeus and other senior US commanders had the audacity to publically criticise President Barack Obama’s withdrawal plans. They should have been dismissed at once, but the president lacked the nerve to stand up to the ever-more powerful military establishment. The incoming US commander in Afghanistan just said he wants to keep US troops there after 2014.

Cost of Afghan War: $1 trillion and rising. Afghan dead unknown. US military, some 2,100 dead, 17,000 wounded. The US military has clearly been fought to a standstill in Afghanistan by medieval tribesmen with AK-47’s, reconfirming its name — “graveyard of empires”. As for the military genius of Gen. Petraeus, recall the famous cry of King Pyrrhus, “one more such victory and we are lost”. – Khaleejnews

Tags: US brass in TampaUS commander in Afghanistan
Previous Post

It’s Bieber all the way