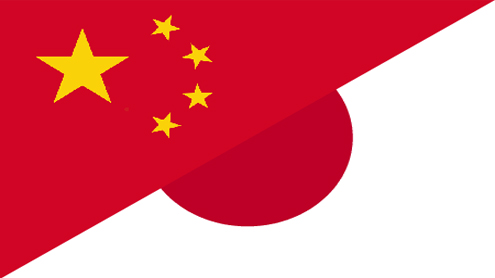 Over the past decade or more, global security concerns have focused on developments in the Middle East, and the situation there remains worryingly volatile.

Recently, however, the security environment in the Asia-Pacific region has also become increasingly unstable and is causing growing concern, as is evident from the US strategic rebalancing toward the region.Following the presidential election in the United States, new leadership has now taken helm of China. Japan’s relationship with neighbouring China represents one of Japan’s most important bilateral relationships. The government of Japan hopes to enhance its relations with China’s new leadership.

On the other hand, it is a fact that tension exists between the two countries over the Senkaku Islands. As seen in media reports, large-scale anti-Japan demonstrations have taken place throughout China, and Japanese companies that were attacked are now suffering well over $100 million in total damages and losses.

Nevertheless, Japan has been consistently dealing with the situation with composure. We will continue to promote the “mutually beneficial relationship based on common strategic interests” between Japan and China from a broad perspective. Japan has been reiterating that China’s development is an opportunity for the global community, including Japan. This position will remain unchanged.

For countries in the Asia-Pacific region, the cause for concern is the trend of China’s maritime activities. In a report to the 18th National Congress of the Communist Party by Hu Jintao, China explicitly outlined its policy to “resolutely safeguard China’s maritime rights and interests, and build China into a maritime power.”

Japan is clearly not alone in hoping that this policy will be achieved in accordance with international law and in harmony with neighbouring nations. What we are seeing in the South China Sea and around the Senkaku Islands, however, raises concern. China appears to be attempting to make the practice of dispatching government vessels to these areas an everyday affair, and change the status quo through coercion.

At the party congress, President Hu also stated, “China opposes hegemonism and power politics in all their forms and will never seek hegemony or engage in expansion.” Japan welcomes this stance and strongly hopes that China will demonstrate this policy through real actions to reassure its neighbors. In this context, it becomes clear that the situation surrounding the Senkaku Islands raises questions not about the past of a country but about the future of our region.

I would like to take this opportunity to respond to some of the questions that frequently arise among those concerned about the current situation. First, “Why did Japan purchase three of the Senkaku Islands in September?”The objective was to minimise any adverse impact on the Japan-China relationship. There is no doubt that the Senkaku Islands are an inherent part of Japan, as evidenced by both historical facts and international law. Tokyo Governor Shintaro Ishihara announced his intention in April to buy and develop facilities on the islands. Purchasing the islands instead was the only viable and best option available to the government of Japan to protect bilateral relations.

The measure taken by the government of Japan was just a transfer of title under Japanese domestic law and just means that the ownership of the islands – held by the government until 1932 – was returned from a private citizen to the government.It is regrettable that China has not fully understood how the relationship between Japanese central and local governments functions, nor how private property is secured, due to the differences between the two countries.Second, “Is the government of Japan trying to deny the international order established after World War II?”

Absolutely not. Japan is a peace-loving nation and has greatly and consistently contributed to peace and prosperity throughout Asia in the post-war period. This policy, strongly supported by our citizens, is a hallmark of Japan and will never change.Third, “Why does not Japan refer the issue to the International Court of Justice?” This is a question that is often wrongly directed toward Japan. It is Japan that has valid control over the Senkaku Islands under international law, and it is China that is seeking to challenge the status quo. The question should be posed to China.

Japan-China relations now stand at a major crossroads. We must more than ever remind ourselves of the tremendous efforts made by the leaders of our two countries as they devoted themselves to normalising relations. But we cannot make any concessions where sovereignty is concerned. At the same time, Japan, as a responsible member of the international community, stands ready to stabilise relations with China. We hope the new leadership in China will also take a positive approach. – Khaleejnews