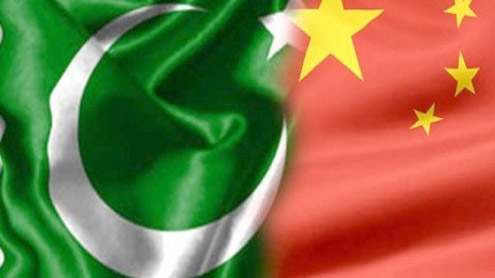 Chinese Prime Minister Li Keqiang came to Pakistan on a two-day visit and was warmly welcomed by the hosts.

To show our gratitude for his services in promoting bilateral relations, Chinese Prime Minister was conferred Nishan-e- Pakistan, the highest civil award of Pakistan. During his stay in Pakistan, 12 major contracts and pacts were signed between the two Governments and hopefully this will enhance more economic activity, which in turn means accrual of benefits to both sides. No doubt, it is in line with the spirit of keeping relations strong and stable.

In the past too, both countries have managed an extremely cordial friendship. The Pakistani nation looks up to China as a role model because though they came into existence a year after our creation, it is far ahead in progress and prosperity. And this applies to all walks of life like medicine, technology, science, education, population control, defense and infrastructure. Whereas,   China is now considered a super power, Pakistan is cowed down by multi problems of terrorism, law and order, poor literacy and infrastructure and citizens who lack discipline and the will to perform what is expected of them.

Chinese Prime Minister’s arrival coincided with the completion of the election process in Pakistan and the emergence of a more reliable government team that certainly is regarded as more capable than their predecessors. The general feeling is that such interaction will give a huge boost to Pak-China bilateral trade and from $4.12 billion annually it will very swiftly go up to at least $15 billion in next two years.

Currently Pakistan is facing a mind boggling energy crisis. Although the problem is a creation of our own faults, yet we can discover cheap means of producing electricity using China’s experience and skills. Additionally we look up to China for improvement in infrastructure, in particular roads that will enable traffic between the two countries. In this connection China needs us too, and certainly we are there to help them.

One of the 12 agreements signed between Pakistan and China relates to construction of the economic corridor. China is all out to invest in this, and will supplement this with more investment in rail and air services that help to establish movement from Gwadar to China.

Some of the other pacts are likely to improve maritime traffic, border crossings management, marine science, satellite navigation systems and space systems. We need to ensure the implementation of these agreements, to generate activity and speed up progress. All we have to do is devise and put in place mechanisms that will eliminate any bottle necks that come in the way of implementation of pacts with this friendly country. – Mariam Butt

Federer fades out as French fancy a home hero