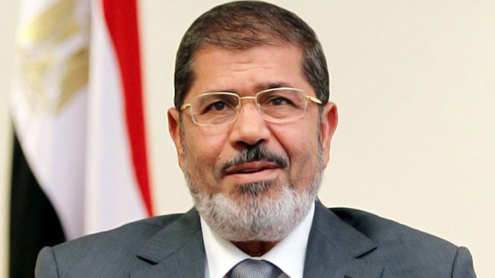 I’ve spent the past few days walking beside and watching the largely youthful demonstrators in Egypt, and I’ve been struck with admiration that’s quickly drowned in despair.

I admire them for the way they’ve rejected the creeping authoritarianism of an incompetent Muslim Brotherhood government whose only accomplishment is inserting its members or sympathizers into every part of Egyptian life that it could.But my despair is greater than my admiration. There is no good outcome to the Egyptian “second revolution,” as the opposition wishes it to be called. The army has taken control, and it says it wishes to be there only until a temporary constitution is agreed upon and another election called.

The Muslim Brotherhood, whose government is led by President Muhammad Mursi, may with reluctance acquiesce in this. The opposition forces may abstain from ramming what they will see as a “victory” too hard down the Brothers’ throats. These “mays” are, as this is written, unlikely when set against various degrees of escalating conflict. But they are possible.

Yet even if all of that were to move from the conditional to the actual, the outcome would still not be good. Hatred, or at least deep distrust, between the Brotherhood and the opposition groups has increased since the weekend, as deaths mount, often the outcome of attacks on the Brothers’ offices. These feelings are now absolute.On the Brothers’ side, there is a settled conviction that the opposition wishes to take from them a legitimate electoral victory of one year ago. On the side of the opposition, there is an equally adamantine belief that the Brothers meant to so change the state and society that the various causes they represent — moderate Islam, liberalism, socialism, secular nationalism — would never again have a chance of, or even a share in, power.

On the street earlier this week, I met an old friend from my years spent in the communist and post-communist bloc. Al Stepan, a political scientist at New York’s Columbia University, is one of the world’s great experts on democratizing — that is, how authoritarian states get out of an authoritarian state, and what becomes of them. He’s also one of the world’s great travelers, and he’s been to the Middle East, and to Egypt, many times in “Arab Spring” years, and before.

Democracy, says Stepan, isn’t a finite thing. It may be a goal in a general sense, but it’s not a goal in a sporting sense. That is, once scored, it doesn’t stay on the board. It’s a process. Even the most entrenched democracies struggle, depending on the depth of civil society, the independence and strength of the various centers of power, and the robustness of the constitution. Less tangible, but often more important, things like tolerance, political skill, and ability to compromise also come into play.

Where a democratic transition has been successful, he says, it has depended on a network of tacit or open agreements between mutually antagonistic forces. Take, for example, Chile after the plebiscite of 1988, which threw Gen. Augusto Pinochet out of office; or Brazil, which through the seventies and eighties saw the military forced to relax its grip on power; or, closer to Egypt, Tunisia, where religious citizens tolerated the state and the state tolerated religious citizens after the 2011 ouster of President Zine El Abidine Ben Ali.

In all of these cases, people who disliked and distrusted each other realized they disliked and distrusted the authoritarian ruler more, and came together both before the revolutions and after to thrash out a way in which they could live together in democracy.That hasn’t happened in Egypt and isn’t happening now. As Stepan notes, although there’s a “growing sense of the dignity of the individual,” all of the main players — the Brotherhood, the military and the opposition — have sought to protect themselves in the future “by placing limits on the rights of democratic institutions to make public policy.

Stepan’s lesson is that no good will come of a “democratic” future if no, or too little, work has been done on its essential foundation in the past or present. The military are too secure in their own assumption of power to do more than make populist gestures to the political forces. The Brotherhood, decades of semi-clandestine existence behind them, and armed with a belief that society should be Islamized rather than democratized, have little taste for democratic preparation with people they regard as enemies. The opposition groups are their mirror image in this, seeing the experience of the past year as complete justification for sweeping the Brotherhood out of power, even if it had three years of its electoral mandate left to act out. – ArabNews