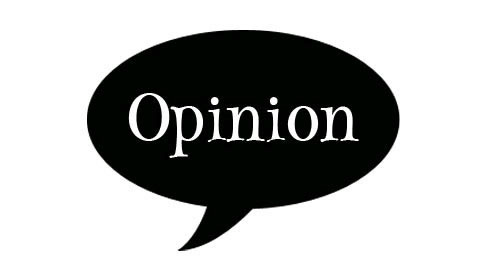 It is rather easy to put the blame on the neighboring country, brush off the responsibility from your shoulders and call it a major conspiracy, and so on and so forth.

There is no dearth of bizarre and outlandish statements from our parts of the world. Take the Saudi cleric for example, who opined that if women drove cars, it can harm their reproductive organs and the ability to bear children. I always wonder what is with the Saudi Arab clerics and the driving of automobiles by females. There must be some phobia behind this bizarre notion that females cannot handle a driving wheel or so. As crazy as it may sound, and I am, by no means any scholar of religion or for that matter any scholar at all, but to make such an outlandish statement, one has to have huge gall, because the empirical evidence is so overwhelming and to the contrary that it does not even require a second thought. But one may just sit and wonder that the cleric must be a part time OB/GYN to come up with this revelation. But that is how certain things are perceived and presented in our Muslim world.

We are in the 21st century and pretend that this world is still in the dark ages, thus for the sake of clarification, I would request the respected cleric to enlighten us ordinary mortal people how women travelled from point A to PB in the past before the invention of automobiles. A quick answer for that part of the world, logically speaking, should be either camels or horses. Now picture the women on a camel back with a hump and for that matter on a galloping horse. If they were able to bear the erratic movements of these animals and yet able to give birth to millions and millions of people in that region, one can safely assume, they can still do so while being behind the wheel of an automobile. For heaven’s sake, sir, just because a woman is behind the wheel it does not make her immoral. It all depends on how she carries herself.

Moving on, to the next eardrum piercing, brain numbing and not so rudely shocking statement from the cricket captain of yesteryear, Mr Imran Khan. Mr Khan has given a new meaning to the to the definition of a modern day politician who seems to reside in his own idealistic time capsule. Mr Khan has opined that he would like the Taliban to open an office in Pakistan, so that the process of negotiations can begin with them. Very rarely you see the subordinates disowning or dismissing the statements of their leader. Normally, it is the other way around. But so goes the tale that one of Pakistan Tehreek-e-Insaaf’s stalwart leaders, Mr Asad Umar tried to distance himself from this novel idea by calling it Mr Khan’s personal view and not the official position of the so-called third largest political force of Pakistan.

Mr Khan can be labelled as the modern day mix of Jesus, Buddha, Dalai Lama, Mahatma Gandhi and perhaps Martin Luther King when he comes to the rescue of the fanatics with his narrative of compassion and mercy. One has to respectfully ask Mr Khan that fine, if such an office is established, what purpose it will serve. Are the brutes and barbarians willing to accept the constitution of the Islamic Republic in its present form, without any ‘Talibanic’ amendments to it? What role will the office play in the rehabilitation of such outlaws? Then in the same breath, Mr Khan says that those who will not lay down arms will have to face the military action. The rather flip-flop argument makes me scratch my hairless head quite often. Needless to say, it opens up a plethora of questions, but folks, the space here is very limited, so I will reserve my questions for the future. For right now, all I can say is, for a party that claims to be a movement for justice, it would be a travesty of the justice system if such people will go through the systemunquestioned and unaccountable for their misdeeds.

Last but not the least, is some spokesperson for his party blaming the neighboring country for the recent massacres in Peshawar. As you know, it is rather easy to put the blame on the neighboring country, brush off the responsibility from your shoulders and call it a major conspiracy, and so on and so forth. Have you ever noticed that such allegations are rarely backed with concrete evidence? I remember when Mumbai was gripped in a terror attack a few years ago our folks were in their usual denial. Then India presented some evidence and it was dismissed by our folks as a fantasy. It may sound bizarre, but our own Prime Minister Nawaz Sharif in a side meeting during the UN General Assembly session assured his Indian counterpart that the perpetrators of the Mumbai massacre would be brought to justice. This is as high an admission as it gets when it comes to the potential involvement of some of our fellow citizens in that miserable plot. Do I have a few more of such outlandish ones? You bet, but I am afraid my awesome editor has some space limitations to consider as well. – Dailytimes

A Diplomat to Head CCNS Secretariat