Jinnah and Gandhi and the Indian Constitution — Syed Sharifuddin Pirzada 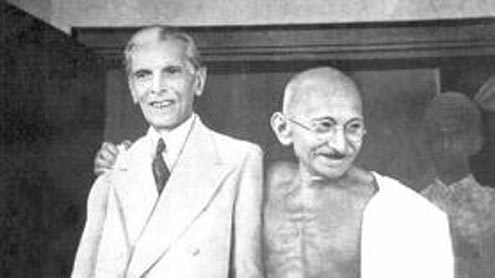 Quaid-e-Azam Mohammad Ali Jinnah was a combination of rare qualities. He had the charisma of Churchill, dignity of De Gaulle, greatness of Gandhiji, magnetism of Mandela and objectivity of Obama.

His achievements are well known. In this article I shall deal with an unusual topic: the contribution of Mohammad Ali Jinnah and Mahatma Gandhi to the Constitution of India. Edgar Snow, the well-known American author, noted: “Even if one only appraised Jinnah as a Barrister, it would be to acknowledge that he had won the most monumental Judgment in the history of the Bar. He had realised in the romantic ideal of Pakistan a case that could be fought and won.” Sir Stafford Cripps spoke of him as “a most accomplished lawyer, outstanding amongst Indian Lawyers and a fine Constitutionalist”.

Mohammad Ali Jinnah and Mahatma Gandhi were two outstanding leaders of the subcontinent. Both were barristers and political giants. In the subcontinent no constitutional scheme could work unless the two leaders agreed. Jinnah, Gandhi, and Dr B R Ambedkar participated in the Second Round Table Conference (1931). Jinnah and Ambedkar worked together. Jinnah pleaded separate electorates for the Muslims and other minorities including the Harijans (Dalits). Dr Ambedkar supported Jinnah. Gandhi vehemently opposed the grant of separate electorates to the depressed classes. The British announced the Communal Award on August 17, 1932, giving separate electorates, among others, to the Muslims and depressed classes. On August 18, Gandhi, who was already in jail, wrote to the British prime minister, that unless separate electorates for the depressed classes were rescinded, he would commence a fast unto death at noon on September 20, 1932. Gandhi went on the fast as threatened.

When Gandhi’s condition deteriorated, Hindu leaders arranged a meeting between Ambedkar and Gandhi. Eventually an agreement was signed on September 24, 1932, and it went down in history as the Poona Pact. Gandhi broke his fast. It is unnecessary to refer to developments that took place from time to time; suffice it to say that the Poona pact did not work in practice. It may be mentioned that over the years Jinnah and Ambedkar had cordial relations. On December 22, 1939, Jinnah gave a call for the celebration for the day of deliverance on the resignation of the Congress ministries. Dr Ambedkar surprised the Congress and joined the celebration. In a forceful speech, he seconded the resolution in the Bombay meeting. In 1941, Dr Ambedkar’s magnum opus, Thoughts on Pakistan, was published. The book supported the demand for Pakistan. Dr Ambedkar paid glowing tributes to Jinnah, his leadership and integrity. In or about 1945, Ambedkar approached Jinnah. Dr Ambedkar was establishing the Siddharth College and needed Rs 1.2 million. He had collected Rs 900,000 and requested Mr Jinnah to speak to Dalmiya to donate Rs 3 million to the college. Jinnah found a solution in a legal way and the college was established. Dr Ambedkar worked for inter-dining and inter-marriage between the Harijans and other Hindu classes. As Dr Ambedkar’s first wife had died, on April 15, 1948, Dr Ambedkar married Ms Sharda Kabir, a Brahmin.

It so happened that Pandit Jawaharlal Nehru and Mrs Sarojini Naidu went to Gandhi to tell him that they were not finding a capable person to prepare the draft Constitution of India, and they were thinking of inviting a Constitutional expert like Sir Ivor Jennings. On hearing that, Gandhi instantly suggested the name of Dr Ambedkar. Indrani Devi, wife of Jagjivan Ram, a Harijan leader who was in the Congress, records in her book Dekhi Suni Batain: “Ambedkar had started coming to our house. He requested Jagjivan Ram to put in a word to Gandhiji to have him included in the Cabinet. Before talking to Gandhiji, Jagjivan Ram spoke with Sardar Patel, who advised him to do as he thinks appropriate. Jagjivan Ram was in dual mind — Ambedkar had always opposed Gandhiji and the Congress, how could he now recommend his name to Gandhiji? Even then Jagjivan Ram in his large heartedness pleaded with Gandhiji on behalf of Ambedkar and requested him to speak to Pandit Nehru to have Ambedkar in the Cabinet.”

That is how Dr Ambedkar was included in the Indian cabinet. Ambedkar was made chairman of the Drafting Committee and in that capacity he introduced the draft Constitution before the Constituent Assembly. It may be mentioned that when Dr Ambedkar was discussing the provisional draft Constitution in the Constituent Assembly, Sir B N Rao was sent abroad to visit various countries including the US to discuss some of the provisions of the Constitution. Surprisingly, Justice Frankfurter came down most heavily on the due process clause. He told Rao that the provision that gave the judiciary power to review executive legislative action was in the first place undemocratic because it gave a few judges the power to veto legislation enacted by the representatives of the nation, throwing an unfair burden on the judiciary. Justice Learned Hand went a step further and said it would be better to have all Fundamental Rights as moral precepts rather than as legal fetters in the Constitution (The Framing of India’s Constitution: Select Documents, Vol. 3 pg. 217-34). The Due Process clause was deleted from Article 21 of the Indian Constitution, which now reads: “No person shall be deprived of his right and, personal liberty except according to procedure established by law.”

The language was borrowed from the Japanese and Irish Constitutions. However, in due course, progressive Judges like Krishna Iyer and PN Bhagwati by their illuminating interpretation gave “due process” its rightful place. It may be mentioned that in Pakistan Article 10-A has been added about Due Process. On December 26, 1949, the Constituent Assembly adopted the Constitution with its 395 Articles and eight Schedules. The Constituent Assembly of India had worked strenuously for two years 11 months and 17 days. Dr Ambedkar in his speech spoke inter alia about:

a) Evils of Corruption;

Speaker after speaker paid glowing tributes to Ambedkar for his lucid, able and symmetrical speech and brilliant analysis of the Constitution. Pandit Nehru described him as the father of the Indian Constitution. As a befitting tribute to him a life size statue of Babasaheb Ambedkar has been installed in the compound of the Indian Parliament House. If Mohammad Ali Jinnah had not got Dr B R Ambdekar elected to the Constituent Assembly from Bengal and Mahatma Gandhi had not advised Nehru to include him in the cabinet and make him the law minister, it would not have been possible for Ambedkar to make his contribution to the Constitution. To sum up, Jinnah and Gandhi’s contribution to the Constitution of India, though indirect, is well established.Dailytimes