How Globalization is Impacting on family 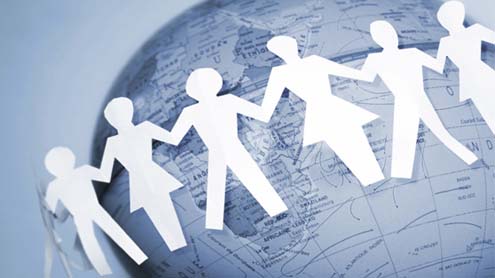 Last one is increasing room for children’s rights. Now youngsters have right to select their mates with in family and out of family. Family institution and its role basically change due to women empowerment. Women empowerment is “the process by which women become aware of sex-based unequal power relationship acquire a greater voice in which to speak out against the inequality found in the home, workplace & community.” Today, a woman is economically independent because she is educated. She came forward as labor in economic market after 2nd world war. Many families lose their males which were source of finance.

At that time there is new ideology emerge which encourage women and bring them in market for themselves survival & societal demands. This ideology name is “Feminism.” Still this institution is working on women rights & laws. This work is going on at global level. Due to globalization we are too much connected with each other & we unconsciouslythink we are living in global village. Where we shared & deal some problems together. According to David Harvey (1990) globalization is “time space compression” Now, a woman is playing multiple roles such as working in labor market and same time she is mother, wifeand sister-in-law.

Now women as worker in labour market. And as a result children socialization suffers, because family members will play an important role in early age socialization. Deal with this problem, new institutions emerge which name is Day Care Centers. In this institutions working women can leave his/her baby without any worries. Another option of this problem is we made kinder garden class for children in schools. Where child will learn & get education through recreational activities. Now parents easily send their daughters for higher education in countries, out of cities & even foreign. Because I.T make possible for them to communicate with their daughters easily whenever they want.

Now we can easily see girls are more getting education from universities. Therefore today, women are employed in all sectors of societies, In Pakistan family system are moving from joint family system to nuclear family system. Our cultures teach us “collectivism”but after globalization our culture is now becomes individualistic culture which was exist in America. Now we only think what we want? What is my need? Therefore clans & kin groups’ influences are decreasing. Basically globalizationis changing our traditional gender roles. -Timesofpakistan.pk

Per Kilo Price of LPG Decreased

Per Kilo Price of LPG Decreased