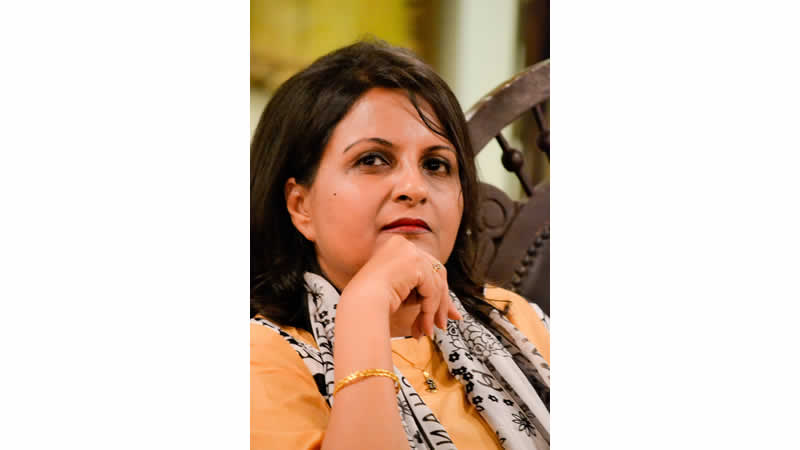 The hunting of houbara bustard may be banned vide cancellation of all permits of hunting by a provincial High Court of Balochistan in 2014 but this does not stop our Saudi masters from hunting in the Land of the Pure. Come one, come all. Conditional of course to the blood coming is royal. And from Saudi shores. According to a newspaper report of April 22, 2014, special permit was issued by the federal government to the Gulf States’ royalists inspite of international and local ban.

‘A report titled ‘Visit of Prince Fahd bin Sultan bin Abdul Aziz Al Saud regarding hunting of houbara bustard’ prepared by Jaffar Baloch, divisional forest officer of the Balochistan forest and wildlife department, Chagai at Dalbandin, says the prince hunted for 21 days – from Jan 11, 2014 to Jan 31– and hunted 1,977 birds, while other members of his party hunted an additional 123 birds, bringing the total bustard toll to 2,100.’

So why surprised that Pakistan was added to the ‘Glorious Warriors of 34 Legions’ without its knowledge? A nation flouting international and national court rulings for the right blood. The Saudis did no wrong in treating us as we ourselves placed ourselves to be treated. Come one, come all. Conditional of course to the blood coming is royal/closely connected to royal. And from Saudi shores. Brothers of the ‘Glorious Warriors of 34 Legions’ unite. Then comes Saudi Arabia’s foreign minister to Pakistan in the backdrop of spiraling sectarian tension between Saudi Arabia and Iran. ‘Several of Saudi Arabia’s Sunni allies have broken diplomatic ties with Iran after demonstrators ransacked the Saudi embassy in Tehran.’ (January 7, 2015) This followed the execution of Sheikh Nimr al-Nimr, leading member of the Qatif Shiite community, a cleric held in high respect.

Pakistan had distanced itself from a proposed joint offensive with Saudi Arabia in Yemen not so long ago. This is a tight rope for Nawaz who was recipient of Saudi hospitality for many years after being ousted by the military takeover. What are our options, really? “Pakistan’s options are almost nothing to nil. Spiritual monopoly holders are here. When they announced without asking us that we are part of their 34-nation alliance, they had issued the sealed orders. We need to use our parliament to deflect such impositions as we did when there was a demand on us to send troops to KSA to fight in Yemen. Unfortunately, neither we have proactive foreign policy nor proactive leadership.There is still time to call for a joint session of the parliament to discuss all probabilities, pros and cons. Remember in such matters time is the essence. Iraq is the best example.

Americans first used Saddam to fix Iran and then they got Iraq involved in a bigger conflict with the sole objective of decimating it as well, to create turmoil in the whole region and secure for themselves its resources. “We must stop the two going the reckless path to doom and destruction. It will have direct bearing on us. Thousands of our labour in KSA would lose their jobs as the economic consequences would be colossal. One-sided decision other than top of the order diplomacy going into active flurry could make Iran our permanent enemy just on the border. And this will be the point when we will come to be known in history as the most suicidal nation surrounded on all sides by hostile neighbours for taking on them because of our failure to be strategically expedient.” (Wajid Shamsul Hasan) ‘Riyadh has continued to ratchet up pressure for Pakistan’s increased military involvement in the Saudi-led alliance.

Let’s step back here to view a wider canvas. Terrorism has many faces: religious terrorism, ethnic terrorism, so on and so forth. Pakistan is high on the list of those suffering from these multifaceted acts of terrorism. These can be broadly divided into acts of terrorism on civil population, acts of terrorism on security personal and apparatus and high profile sieges. It becomes difficult at times to distinguish different acts of terrorism, especially within Pakistan. There are proxy wars between Saudi Arabia and Iran being fought internationally, Yemen and Syria being two examples only. Pakistan is the third. Then there are outside infiltrators on our local turf i.e., from an impossible to manage border between Pakistan and Afghanistan, also being used by India, to create trouble within Pakistan. However, the homegrown terrorists and their impact on the overall scenario cannot be overlooked and needs aggressive addressal. Nevertheless, remember, military operations are inclusive of non-military operations to cleanse the society. It takes years if not decades to nullify the impact. It took Sri Lanka over 25 years. The war traumatised the population, exacting a heavy price on lives of the citizens and economy of the country. The first thing Pakistan needs to do is to step back and take a stock of its policy to deal with terrorism.

Read More: Online Education Can Be Most Beneficial

Yes, our military is engaged in a battle against terrorism on home ground. However, we need to have a clear-cut policy internationally too. It was reactionary of us to say yes to Saudi Arabia for Yemen operation before backtracking. Likewise, we must play the role of peacemaker in Syria. Pakistan must not give in to pressure by visiting FM of Saudi Arabia or upon the invitation of King of Bahrain and subsequent visit of PM there. We are the second country in the world after Iran with the highest rate of Shiite population. We cannot afford to give out a wrong message here. If we take the false step of being one of the ‘Glorious Warriors of 34 Legions’, I am afraid it brings to question the operation the support given to Zab-e-Azab directly into conflict. We cannot afford to overlook the situation on ground within Pakistan in terms of many challenges and a struggling economy. We cannot afford to forget the enmity of India. Talking of the attack on Pathankot, the timing is rather interesting: following on the heels of Modi’s ‘unexpected’ dash to Lahore. Unexpected, yet being able to pick up a pretty pink turban for PM Nawaz Sharif? I quote the Hindustan Times (Jan 6, 2016).

The rest I leave to your understanding: “Even as security forces wrapped up their operation to clear Pathankot airbase, it emerged on Tuesday that the attack blamed on Pakistan-based Jaish-e-Mohammed was linked to the assault on the Indian consulate in the Afghan city of Mazar-e-Sharif. “The three terrorists who stormed a large house from which they targeted the Indian consulate left two messages written in blood on the walls of a strong room in which they had holed up.Both messages were in broken Urdu and one described the attack as “revenge for Afzal Guru”, who was hanged for his role in the 2001 parliament attack. “The terrorists involved in the Pathankot attack had told Rajesh Verma, a Gurdaspur resident they had taken hostage, that they were going to attack the airbase to avenge the hanging of Afzal Guru.

“One of the messages scrawled by the attackers in Mazar-e-Sharif read: “Afzal Guru ka inteqaam (Revenge for Afzal Guru).” The other read: “Eik shaheed, hazar fidayeen (One martyr, thousand fidayeen).” The Pajhwok Afghan News posted photos of the messages that were scribbled in blood on walls that appeared to have been hit by bullets and shrapnel. Let there be no doubt that Pakistan cannot be party to any adventurism led by either Saudi Arabia or Iran. If Pakistan enters into such folly, it will be akin to setting fire in its home turf. The only role Pakistan must play is that of the peacemaker. I do not envy PM Nawaz Sharif to the tight spot he has been placed in. However, let him bear in mind that history will record whether he stood the test of time or caved in to pressure pitching his country in chaos for times to come.