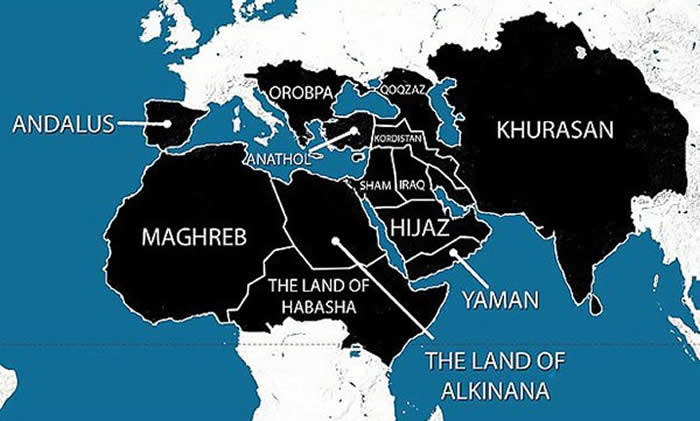 This debate on the presence of Islamic State of Iraq and the Levant (ISIL) in the Indian subcontinent is heated up. Last year India caught some youth waving ISIL’s flags in Srinagar, in the state of Jammu and Kashmir, where anti-Indian Kashmiri were agitating against the Indian occupation of Jammu and Kashmir.

This year, Pakistan has arrested more than one hundred different suspects on the basis of their allegiance to ISIL from different cities of the country. Whereas in Bangladesh, ISIL has already taken the responsibility of several terrorist attacks. So the question is, are Indian, Pakistani and Bengali ‘Muslim’ joining ISIL ranks?

A study, Who Becomes a Terrorist? Poverty, education, and the origins of Political Violence, published in 2011, by Alexander Lee, in World Politics, International Relations’ journal, tries to find the answer of this question. Who becomes a terrorist? How terrorism is related to poverty and education and how non-violent politics turns into violent one. Generally, it is considered that poverty and lack of education lead toward terrorism and more poor and illiterate people become terrorists. If this is the case Bangladesh, India and Pakistan, who have nearly half of their population below poverty line, are in real trouble. But despite all the rhetoric about poverty and terrorism of government officials and public figures social sciences’ research has shown that this is not the case. If you take “terrorism” as a skill, a mean to gain a political aim, like Alexander Lee, you might note that extremely poor and illiterate people don’t have necessary resources to learn it. This skill cost many and time to learn, which the poor don’t have any. And if you take terrorism as one shape of politics, you might note that, people who cannot afford mainstream politics go for “terrorist politics” the violent politics.

Lee has taken the partition of Bengal (1907) as a case study, where many Bengali nationalists started the political resistance against the British decision of partition. He noted that those who were relatively poor and poorly educated started taking part in violent politics. They would plant a bomb, rob a local landlord and do some other publicity gaining act. Non-violent politics requires more resources than the violent politics. People who go mainstream, have resources to learn mainstream politics as a skill, but People who opt for terrorism, have least resources, as terrorism doesn’t require more resources to adopt it as a skill. Education plays an important role, but maybe after a qualitative point. As Alexander Lee has noted that among those Bengalis who were involved in violent politics and were also involved in daicoties, those who passed their B.A degree left daicoties and robberies. So if we take terrorism as kind of politics, we could say, failure to take part in mainstream politics can push one to take part in violent politics.

Or failure in gaining what one seeks important to gain through non-violent politics can lead to violent politics. Another example from the colonial India where Gandhi, Nehru and Jinnah adopted the non-violent politics, because they were sure that their aim which initially was not of throwing the British out of the Indian subcontinent is achievable through it. Whereas many Muslim, Hindu and Sikh socialists adopted the violent politics because they were sure that their aim of “purna swaraj” “the Complete Independence” cannot be achieved without violence, notably, Bhagat Singh, Shivaram Rajguru, and Sukhdev Thapar. Currently, Bangladesh is taking hard measures to deal with Jamaat-i-Islami, but fail to deal with extremism. Extremists have killed a number of bloggers and social activists in Bangladesh. Also, a considerable number of attacks were claimed by ISIL in Bangladesh. India was under attack in the last week when its Airbase at Pathankot got a hit from the terrorists after Mumbai and many other attacks. Pakistan has lost more than 60,000 people in the war against terror and still at losing.

Talking from the state’s point of view, India and Pakistan are really strong nuclear states and both have huge militaries for their defence. Bangladesh is not nuclear capable nor has a larger army as compared to India and Pakistan but still have a better defence system as compared to the countries where ISIL currently operating. Talking from political perspective Bangladesh, India and Pakistan are the countries where taking part in the mainstream politics costs numerous resources which people with limited wealth and poor education cannot afford. The situation such as this can push a number of Bangladeshi, Indian and Pakistani extremist minds to adopt terrorism as mean to fight whatever they want.