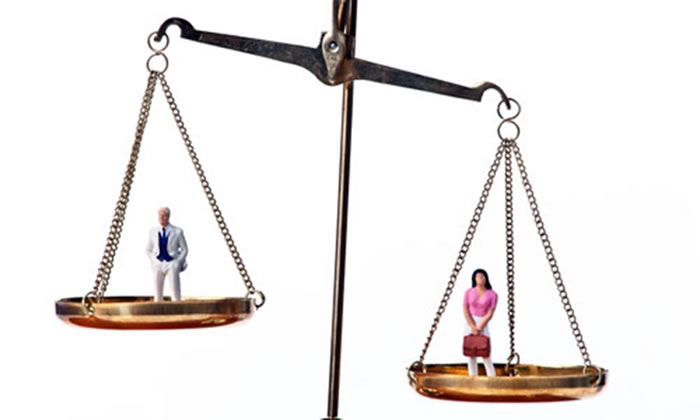 The society we are living in, is a representative of “male-dominated” society. Man seems to be superior in all walks of life. If a man has done something wrong, he is not questioned by anyone in the society but same wrong thing done by a woman makes her life Hell.

One other feminist issue is, that girls are not allowed to do something on their own initiative. Girls never prioritized in this society which gives room for manipulation at the time of marriage. Let me share a story that still haunts my mind. Once we were travelling to Haripur City. We stopped at a place to have lunch- as this city has mouth- watering kababs, but what I saw there brought tears in my eyes. Outside, In the corner of the restaurant haggard-looking girl who was about 14-15 years of age, having ragged clothes, dressed in tatter was sitting alone. She seemed so grief-stricken. I went towards her to talk and sat beside her. She was so engrossed in her thoughts that she did not even notice my presence. When I interrupted her thoughts It seemed to me as she was ruminating something that had completely lost by her. Her name was Razia. She was not a firecracker but quiet, studious one. I asked about her cheerless life and she was about to burst into tears. She told a history and misery of her poor life. Razia used to live in a slum. Her father died in captivity. She never went to school because of the hardships brought by her father’s captivity and death.  She had three school going brothers After her father’s death her mother Kausar started working in the farm but her pay was not good enough to manage the appetite of whole family. Razia aslo started household work in the nearly neighboring houses at a early stage of life. Kausar’s life was also on line as she was gravely ill.

One fine morning Kausar took Razia with her to bazar without telling her anything. After reaching bazaar she was told that she had been sold to a man. Man, who was in his early 50s. My heart was pounding as I was going through the heart-wrenching story of her life. That man married her, used to pummeled her and inflict too much pain on her. She looked dull and sullen from near. These all things left me ponder for a while. I was overwhelmed with emotion as she recounted her heartbreaking ordeal.

She further added, she left the house one night when found him asleep. Since then she was sitting in that corner and no one ever came in search of her. I flung my arms around her. We stayed like that for a while, until I broke the silence and asked her to have lunch with us. After having meal, I was informed by a waiter that Razia had been sitting there for almost four years but no one had ever asked her to have meal with them. We wanted to spend some more time together but could not. Reluctantly we bade a farewell to each other, with the hope of seeing each other again at any step of life.

These all things were too much to bear. There is illiteracy at it’s peak. Most of the parents think of daughters as burden on their shoulders and want to free themselves by marrying or selling them. They don’t even let their daughters to be educated because they consider it waste of money. Much emphasis is laid on boys being educated than girls. It reminds of the quote from a leader in South Africa “educate a woman, you educate a nation”. Once Quaid-e-Azam said, “I have always maintained that no nation can ever be worthy of its existence that cannot take its women along with men. No struggle can ever succeed without women participating side by side with men. There are two powers in the world. One is the sword and the other the pen. However there is a third power stronger than both, that of the women.” Once women turn their service ethic to the work place they will dominate themselves, if they out produce their male counterparts. For the advancement of any society and keeping the nation up with the ever changing World the education of both sexes should be encouraged. A well-educated woman would be suicidal in a society that has no allowed uses for her. In developed countries women work for the help of their men. They have equal participation in all walks of life. There is nothing in the world that can prevent girls from working except their own thinking.