Biases Against Rape Victims In Pakistan 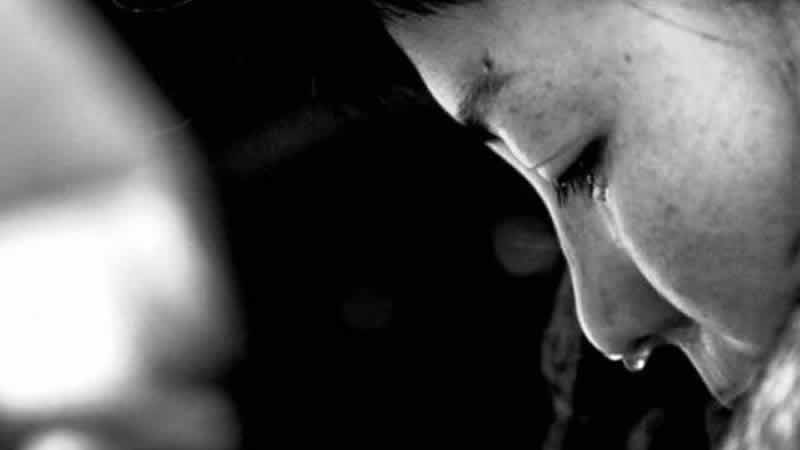 Biases Against Rape Victims In Pakistan

The status of women in Pakistan is centered on systematic gender subordination and in that they withhold the honor of the family.

Although, it varies considerably amongst classes, regions, and the rural/urban divide (due to uneven socioeconomic development); we need to exclude the capitalist patriarchal way of thinking when considering the social formation of a woman’s life. However; Pakistani women enjoy a far better status, as of recently, as compared to past injustice.

The creation of Pakistan focused on the Islamic ideology, thus formulating a constitution based on Islamic principles and values. The constitution consisted of fair treatment towards women as they were considered mothers and given a high rank through religion. However, keeping in mind the maltreatment women receive, it is unfortunate to say that this is not the current case. Due to this discrimination, we are facing numerous problems and most of the times; we fail to address them successfully enough to be heard. In a society dominated by sexists, bigots, and tyrannical leaders, it is generally considered a crime if someone dares to stand up for what they believe in.

From past 5 years, the ratio of reported rapes has rapidly increased, but this is still considered a very “minor” issue. Rape is a crime and criminals tend to prefer committing the crime without leaving evidence or witnesses which can recount the incident. According to the law, we need to have four witnesses present at the time of rape for it to be considered as an act of misconduct. Personally, we believe that this is irrational and completely absurd. Firstly, the presence of other people limits the actual rape from taking place as someone would intervene to help stop it. Secondly, it does not take into account the emotional state of the woman being abused and treats them as someone who would blame without viable cause. If not by law then by humanitarian rights, we are obligated to help anyone in need.

Rape is not just forced sexual intercourse. It is a power game; it is a way to overpower the victim both physically and psychologically and derive pleasure out of it. Sadists tend to derive such pleasure from complete domination and humiliation. To discourage rape victims from reporting the rape serves the predatory nature of the rapist. The main problem stems from a much deeper issue where men consider themselves to be superior to women, such that they can abuse and control the way women react to their authority as well. This requires a historical context, whereby men were previously hunters and women were gatherers.

According to this sociological concept, men were given the difficult tasks, while women stayed home and cleaned houses. This perspective was brought about in ancient times, and considering this in the 21st century is not only ridiculous but a regressive way of thinking. Women are labeled as pseudo-Feminists and attention seekers if they try to raise their voice against their own ill treatment. Males consider this a personal blow to their manhood, and reduce themselves to partake in unnecessary social media bashing and bullying to silence such “progressive thinking”. One of the main issues arises from the fact that we cannot speak about stigmatized social taboos. However, this is precisely what we choose to study.

Similarly, the cruelly flaunted idea that women use rape as a tool to gain popularity, fame, and money or to attack Islamic principles is absolutely devoid of logic. Taking a rapist to court in Pakistan will not only be detrimental but will probably end up putting the oppressed behind bars, while the perpetrator walks free. Moral policing is another prevalent issue when women consider to voice out their concerns or report a rape to have occurred. This is again a product of unjust stigmatization, where women are considered to be morally corrupt and have no right over their own bodies. Rape culture is a practice which not only enables men to normalize the rampant increase in sexual violence, but also ends up making this a norm which is considered tolerable. The most powerful tool to propagate such a culture is through moral policing the victim and by reinforcing the ‘she was asking for it’ mindset. To validate and rationalize rape stems from an inherent misogynistic approach towards the social fabric of society.

Understanding violence against women is a complicated process, which not many people can do. Existing literature shows that most of the explanations for why violence is increasing were contextually and culturally based, this literature review attempts to analyze the issue of violence against women using theories applicable within the Pakistani context. Thisframe work includes intrinsic and extrinsic factors to view rape victims of Pakistan and their lack of rehabilitation. It is considered to be the most pervasive yet least recognized human right abuse in the world. Available statistics from around the world indicate that one out of every three women experienceviolence in an intimate relationship at some point in their life.

Historically, many studies have examined rape victim blaming among various observers, using a vignette methodology in which victim characteristics were manipulated. However, a gap in the research concerns a clear distinction between victim and observer characteristics and its separate influence on rape victim blaming. When describing women who have been raped, does how they are framed—e.g., as “rape victims” versus as “rape survivors”—matter? Based on critical feminist (e.g., Lugones, 2003) and social psychological theories of power (e.g., Pratto, Sidanius, Stall worth, & Malle, 1994; Jost, Banaji, & Nosek, 2004), we systematically reviewed past research on individuals’ rape-related attitudes, beliefs, perceptions, behaviors, and experiences, and concluded that such framing does matter. Many rape victims have shared the popular belief that “women ask for it.” There is little evidence to support such belief but it can nevertheless cause deep feelings of guilt. What is guilt and why do we feel it?

It is common for the victim to relive her experience continuously, asking how she might have avoided the attack. Likewise, with societal attitudes about sex being compounded, she is likely to feel a sense of contamination. This stems back to the honor killing ideology, where women are considered to hold the honor of the family and if she does anything to her body she is damaging the family honor. Because she doubts herself and feels “unclean,” it is easy for her to assume that others feel the same way about her. She may become suspicious in her personal relationships, and avoid social contact. When a girl has been subjected to another person’s will, her sense of her personal power may be seriously threatened. She may lose faith in her own ability to make the right decision and to exert any form of independence. Indecisiveness and increased dependence on others are common characteristics following a rape attack.

In Pakistan many people become victims by their own family members. Rape between people who know each other is especially likely to cause suspicions about personal relationships. In fact, there is some evidence that the better the victim knows the assailant, the greater is the devastation to her personal life. This is because an attack by a friend or acquaintance can cause someone to suspect even those she had previously trusted. The false sense of trust disables her from ever letting people close to her and closing up to future romantic interests. Despite the type of attack, it is common for women to fear the response and reaction of family and friends. Will they be believed, judged or ridiculed? This is most effectively remedied by a cognitive therapy technique known as cognitive restructuring.

The survivor will often blame themselves, especially because the violation of boundaries, broken trust, and the feeling of personal danger occurs with rape. If the support system they look to for support is a partner or spouse, some may be unwilling to accept reality and they may leave or blame the survivor. In that situation, it is even more important to be able to find support in others. But at times it leads to wrong sociological impact and mistreatment of victims. After a sexual assault, victims are subjected to investigations and, in some cases, mistreatment. Rape is forbidden under Islamic law. Some female rape victims are accused and punished for having sex outside of marriage. But there must be sufficient evidence before any sort of penalty is given. In 1979, the government of Pakistan adopted the Zina Ordinance to bring the Penal Code into accord with Islamic principles. Under this ordinance, women who report having been raped must prove that the intercourse was without consent. If unable to prove this lack of consent, they can be charged with fornication. As a result, women are less likely to report rape…”

Some rights advocates say that this aspect of Sharia law “not only negates the rights of women but is also a misinterpretation of Islam. The people of Pakistan have a negative mindset when looking at such traumatic experiences and consider it unusual to seek therapy. People who have been who have been sexually assaulted are blamed for their own trauma and harassed. This adds to the stress and guilt they are already experiencing, which sometimes makes them want to end their lives. It becomes problematic for the woman to speak up because of familial pressures and their image in society. They are considered to hold the respect of the family and they fear that they’ll be blamed.


As an individual who has had friends undergo this misery, I consider it necessary for this stigmatization to end and to normalize wanting to seek help. Not only is the traumatic event itself difficult to endure but the stigmatization makes it even more painful for the victims to cope and progress forward with their lives. We need to realize that the perpetrators are to blame for this and pointing fingers at the victim will create more trouble for the suffering women. As a woman, I think it is necessary for our society to normalize speaking about the taboo and wanting to seek therapy.