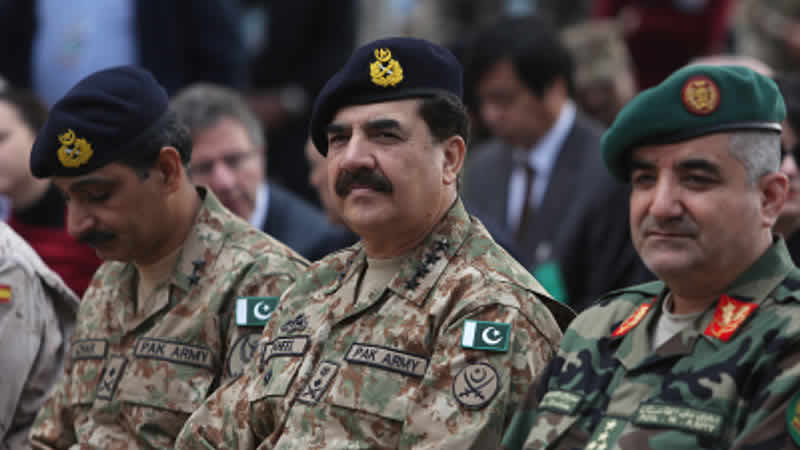 After the retirement of Gen (R) Raheel Sharif a number of controversies took birth and latest was his appointment as head of KSA led Islamic Military Alliance (IMA) of 41 Nations. Lot of debate is done on electronic media over the same matter where divide opinion is formed that plays key role in opinion making of general public, two school of thoughts has emerged on the issue.

First, a group of anchors, analysts and politicians are of the opinion that Gen ® Raheel should reconsider his decision and should not accept this offer as it will have adverse affects internally as well as externally. Second, other group is of the view that it is an opportunity, a positive sign and matter of pride for Pakistan. In this paper an endeavor has been made to find out whether it is an opportunity or challenge for Pakistan.

The main features of IMA, On 15 December 2015, Mohamed bin Salman the Saudi Defence Minister announced the formation of a 41 Nation Islamic Military Alliance (IMA) to fight terrorism. Alliance Headquarter will be established in Riyadh to synchronize efforts to fight terrorism in Iraq, Syria, Libya, Egypt and Afghanistan and it’s not against any specific country but any other terrorist group that Alliance confronted in its way. It appears that a general concept of Alliance has been created while its strategy and standard operating procedures (SOP) are still needs to be worked out in details.

One can compare this matter with CPEC which is considered as an opportunity for Pakistan (Game changer) with lots of internal and external challenges. The only difference in CPEC and Gen (R) Raheel Sharif appointment as head of IMA is that this will be an Opportunity for Pakistan and challenge for Gen (R) Raheel. Gen (R) Raheel proved his mettle as COAS while fighting the WoT in Pakistan and his efforts have been acknowledge in the entire World. The war that could not be won in Afghanistan by US led NATO forces with their latest technology and modern weaponry system; he won it in Pakistan by leading Pakistan Army from the front. Now he has accepted a bigger challenge to reunite the Muslim Umma against terrorism which matches to his stature also.

Criticism, there is critique over his appointment that it will increase Shia-Sunni rift with in Pakistan as well as affect over relations with Iran. Iran does have reservation over the formation of IMA and reason is well understood that it is initiated by KSA. As a matter of fact no such rift exists between the two sects in Pakistan. Every time whenever any tragic incident happens it was found that foreign elements were behind it, who wanted to pitch Sunni against Shia to destabilize Pakistan.

Probably they are projecting US point of view where U.S. Defense Secretary Ash Carter welcomed the announcement after arriving at airbase in Turkey and stated that “In general it appears it is very much in line with something we’ve been urging for quite some time, which is greater involvement in the campaign to combat ISIL (Islamic State) by Sunni Arab countries,”. It is also an open secret that Shia-Sunni rift has been exploited by US to its interests. Whereas, the former military officer revealed that General (R) Raheel set three conditions to accept the new job and top of that is to include Iran in the military alliance so that the organization doesn’t look sectarian in nature. Secondly, he’ll have the mandate to act as an arbitrator if there is a need to promote harmony among Muslim countries.

Why an opportunity for Pakistan? It is indeed a matter of great admiration for Pakistan that it has been assigned the role to lead the Muslim world. What if someone else has been elected and same alliance would have been used against Pakistan? It also provided us with an opportunity to redefine terrorism, difference between terrorist and freedom fighter and set new approach to fight WoT.

In the contemporary political and security environment where Pakistan is fighting a WoT at home and externally facing Indian propaganda to declare Pakistan as terrorist state thus to isolate it, the appointment of Gen (R) Raheel came as an honor and blessing for Pakistan. It will only be the Indian desire that none of Pakistani General should lead the Alliance particularly Gen (R) Raheel. The appointment of Pakistani General can put an end to increased Indian defence alliance with Muslim countries like UAE, Bahrain and Saudi Arabia. It will further help in controlling the Indian influence in the Muslim world and improving the Pakistan image in the world. The new assigned role to Gen (R) Raheel can be best exploited on diplomatic and political front.

Why Challenge for Gen Raheel because he has accepted the biggest and most complicated challenge of the Muslim history that is to reunite the Muslim leaders and lead the WoT on behest of Muslim World. Now it is up to his leadership qualities and sound professionalism that how best he handles these new challenges. Definitely there is another challenge for his alliance and that is US as new alliance will reduce US hegemony in the Middle East region particularly and among the Muslim World in general. Last but not the least the criticism at home on acceptance of his new task.

During the first US-Arab Islamic Summit, Iran has been blamed for fanning out terrorism in the world, particularly in the Middle East by the Saudi King and the US President. That clearly indicate that this Alliance is against Iran and US has its complete support. Now it is up to Gen (R) Raheel that whether he can handle US and KSA pressure in this regard or else he should resign and come back to Pakistan.

World Minus The US