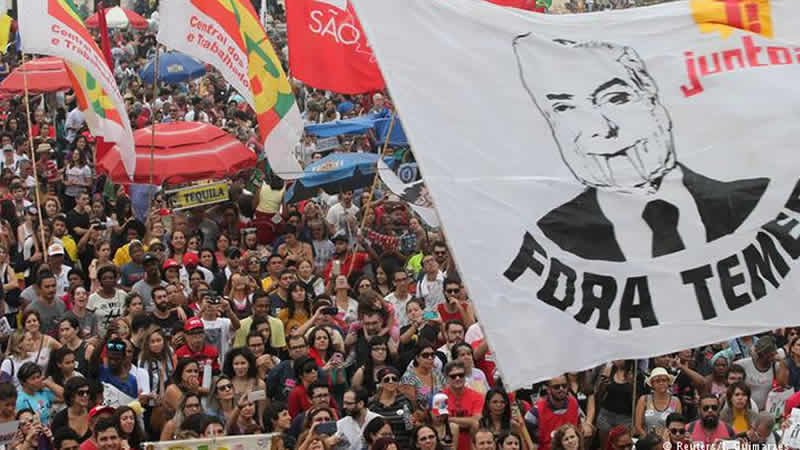 First there is Brasilia and after that comes Brazil. Brasilia is the Federal Capital of Brazil and lies among the most corrupted cities of the World. It’s capital is a city of crystal palaces in the middle of nowhere.

You have no need to go far if you have a desire to visit Brazil but you can behold the so-called satellite cities in the vicinity of Brasilia. Actually they are the cities that have grown through from the homes of the migrant workers who tried hard and built the city in the early 1960s.

The Government’s plan of the Capital casted the workers out from the city. There was no place for people at that time. Neither anyone cared nor helped. Brazil is not a Liberal Democracy. Brazilian parties can be categorized into two or some families.

Brazilian Political Parties are mostly identical. It is very easy to recognize this when they embark on power. No significant disagreement can be found between these two of them. The hydra head of corruption is a hideous monster.

Here comes a right-wing party (DEM) which is a so-called democratic party, but its sphere of action is not limited to the political right. It has been noted that political right should oppose socialism and social democracy and Brazil have not a single sign of it. The Brazilian Political Right tries to work almost always together with the social democrats (PSDB).

On the other hand, the left-wing is a representative of worker’s party (PT) and it’s allies which includes the socialists and communists. Last but not least. In the Centre there are two funny parties included- the members of PMDB- I have no words to clarify their proper position on the political spectrum- and the social democrats.

The Presidential elections have been controlled by Worker’s Party and the Social democrats for the last 20 twenty years. Pt and PMDC have formed a union to grab the power for the last 14 fourteen years. Well, both parties and their minor allies made the Country to go through the worst economic and social crisis of it’s long history.

Read More: How One Becomes Writer

There were some years when PMDB followed PT like not more than a trained puppy. The Worker’s Party created the worst kind of unemployment crisis in the Country’s History. The numbers of murders continues to increase each year. Drug lords expanded their dominance in Brazilian Cities.

Government is maybe unaware of these problems or maybe It is not interested in knowing such problems. In the middle of the worst crisis the country has ever lived, with misery smashing the face of the real workers, it’s sad to see that the nasty situations are still flowing out of Brasilia.

Corrupts are loving the silence of the streets. Whole system is corrupted and some of the judges keel down to the owners of the power. This Country is having a need of some new kind of Politics.