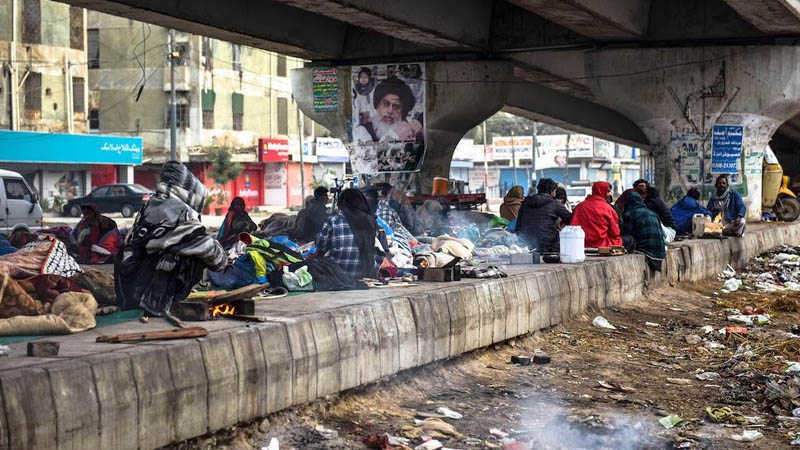 Pakistan’s largest metropolis is officially home to 16.5 million people, but many of its citizens cannot afford to live in homes.

They spend their nights under the open skies, on footpaths or park benches, such informal dwelling is a visible phenomenon in almost all neighborhoods in Karachi.

Unfortunately, the number of  homeless people in Karachi are constantly growing fast. Every day for the homeless is a struggle, but they make do and find ways to survive.

Sadly, the government in the past did not pay attention to the plight of homeless people.

However, the recent government announced the social support programs such as the BISP and the recently devised Ehsaas programme but most of the homeless neither know about these options or possess the documentary support to access them.