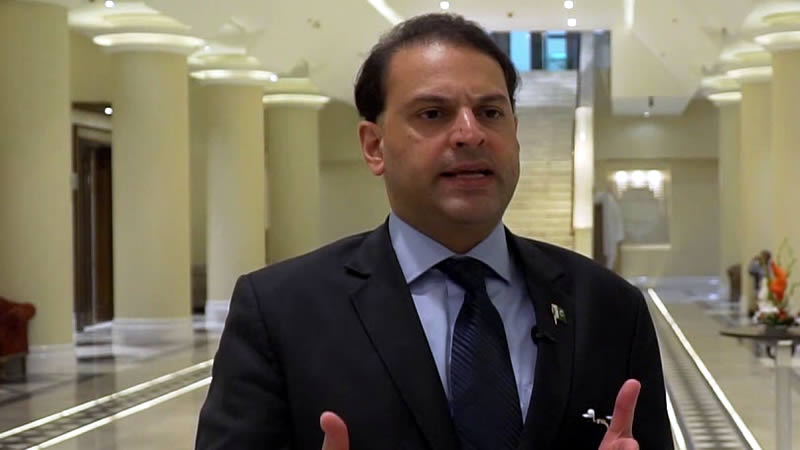 As friends and colleagues are paying rich tributes to honor late Khalid Sherdil posthumously, one is incredibly impressed by their remembrance. As Igo through all the tales highlighting the sterling qualities of his persona, I, as his junior associate till his last official engagement well before Eid Holidays, have had the opportunity of observing his conduct and demeanor from close quarters.

While few of the aspects of his well-rounded personality are intimately known to his close circles, a handful of them are very obvious to his staffers.

I vividly recall the day when we had a 3-hourgrueling session at 8 Club Road on April 22ndwith Salman Shah, Advisor to the Chief Minister on Economic Affairs. None of us–Miss Urooj Saeed, Sir Ghulam Mohey-ud-din and I had the energy to attend the next meeting fixed at the Health Department; except Khalid sb. Whining and cribbing, we attended the meeting where Mam Urooj and I were continuously exchanging looks, desperately watching the clock as to when the meeting will end.

Finally, it ended around 7:30PM and Khalid sb said “thank you for your time, you all can sign off“. In the meanwhile, an official came and requested for further discussion on another agenda to which Sir Khalid willingly responded “ji mein bilkul free hun, ayen bethty hain“. All three of us were in shock and amazed by Khalid sb resilience and stamina because he was attending meetings since 10amcontinuously.I have not yet encountered an officer with such passion and enthusiasm.

He was instinctively a person of no-nonsense who would always take the task very seriously. He would always keep his cool and composure even under heavy odds and would invariably see the positivity during a ticklish situation and light on the other side of the tunnel.

Despite being pre-occupied with his multiple assignments, he would attend his official business with dedication and professional commitment. He was a workaholic and perfectionist who would see through the finer details; a professional par excellence indeed. As a human being, he was magnanimous and considerate. He would appreciate lavishly for pretty good things done by the juniors and extend possible help to all and sundry in their official and personal matters. Everyone used to look towards him for guidance and mentoring.

He would always promote his colleagues at different fora ‘sand took pride in their self-actualization. As I recall petty incidents while interacting with him, I, with brimful eyes, find them extremely endearing and rightly so compatible with his illustrious brought up and elitist educational background.

I was the last person from office who was with Khalid sb on May 21st,Thursday evening, after attending a meeting atthe8 Club Road; never knowing it was also the last time anyone from The Urban Unit would be meeting him before the crash on Friday afternoon. I will always remember him as someone supremely intelligent, soft spoken, gracious, down to earth, tech savvy and a true gentleman with an impeccable sense of proportion.

I believe he’s satisfied in his new abode. If only he had more time to do the things he wanted to achieve in life. May his soul rest in peace in eternity. Sir, We, at the Urban Unit, miss you and pray for your elevation in Jannat-ul-Firdous. You will always be a part of our best prayers.
May Allah Almighty bless your soul.