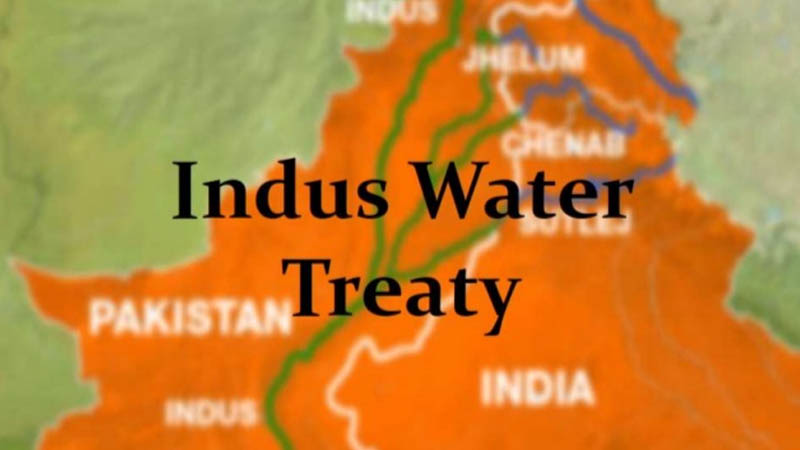 Mostly from Indian sides threats coming due to their positive position. As the water flows from India toward Pakistan. In the 1970’s India starts building hydropower projects in the Kashmir. On the other hand, Pakistan raises concern on this project. Later on, in 1984 Pakistan objects over India building Tulbul barrage on the Jhelum and India stops it. In 2007 Pakistan raises concern over Kishan Ganga hydroelectric plant.

Now it is completed. After the attack in Uri the town near in Jammu and Kashmir in 2016, India threatened to revoke the treaty. As Uri attack was one of the deadliest attacks on security forces in the Kashmir. According to the details, 19 India soldiers were killed. This issue increases the tension between both states. The Indian Prime Minister Narendra Modi gives the statement that “blood and water cannot flow together.”

As this sort of statement comes from India but didn’t materialize. Later on, India decided to restart the Tulbul Project on the Jhelum River in the Kashmir Valley, which was previously suspended in response to Pakistan’s objections. After Pulwama attack 2019, the Minister of Road and Water Resources Nitin Gadkari stated that “all water presently flowing into Pakistan in the three eastern rivers will be diverted to Haryana, Punjab and Rajasthan for various uses”. India can reduce the flow of water but cannot stop. Pakistan disagrees on Kishenganga and Ratle hydroelectric power plants being built by India.

Pakistan has a lot of concerns and still, now Pakistan officials meet with World Bank in the US regarding the concern. The two countries disagree over the technical design features of the two hydroelectric plants breaks the Treaty. The plants are on respectively a tributary of the Jhelum and the Chenab Rivers. The Treaty designates these two rivers as well as the Indus as the “Western Rivers” to which Pakistan has unrestricted use. Under the Treaty, India is permitted to construct hydroelectric power facilities on these rivers subject to the terms.

The construction of dams by India on Pakistani allocated rivers could lower the quantity of water in the western rivers, which really affect the access to water of the people who regularly consume the water of these rivers in Pakistan. Moreover, blocking the Indus and other rivers from India could cause a shortage of water in Pakistan, especially in Punjab region which would deprive a large number of people who are dependent on access to this river water for drinking, agricultural, and domestic needs. As numerous disputes were being peacefully settled over the years through the Permanent Indus Commission.

Kishanganga dam is located in Gurez Valley of Bandipora District; North of Srinagar Indian occupied Kashmir. It is a 330 MW power project and is expected to generate around 1,713 million units per annum by diverting water from Kishanganga River to an underground powerhouse. This project is operated by National Hydroelectric Power Corporation (NHPC) of India and will be a benefit for the several north Indian states and provide 12% of its generated power to Jammu &Kashmir.

It is 37 m high concrete faced rockfill dam constructed on Kishanganga River in Jhelum River basin in Bandipore in Jammu and Kashmir. Its construction was started in 2007 and completed in 2016. Against this Pakistani Government raises the concern. Pakistan believed that India was not permitted under the Indus Waters Treaty to divert waters from one tributary to another.

Pakistan believes that Kishan Ganga dam project is against Pakistan and it will decrease the flow of water. Kishanganga dam name in India whereas in Pakistan the river is called Neelum River. Pakistan contact with the International Court of Arbitration regarding the Kishan Ganga project. 20 December 2013 International court of arbitration gives decision in favoured of India. As India was allowed to build a dam but India has to make sure that the flow of water should not be decreased.

The COA ruled that India shall not lower down the water level below the dead storage level for sediment flushing purpose. COA also stipulated in its verdict that India shall maintain minimum environmental flows in the Kishanganga River at the line of control point not be less than 9 cumecs continuously. However, the minor differences between India and Pakistan over the project are still not settled.

As India again plan to fully use its share of water without violating the long-standing treaty. India has started work in the states like in Haryana, Punjab and Rajasthan instead of letting flow unused into Pakistan. As India believes that accounting to their share India used around 93 per cent so for saving their 7 per cent water which flows toward Pakistan they are building dams and hydropower projects.

Indus water treaty which was held in 20 century is one of the successful treaties in the globe. This treaty is ratified and binding. Ups and downs come between both states as fighting wars and still, they have a major conflict which is Kashmir. Both states should cooperate with each other and conflict should be minimized. As some historian claims that the next war will be fought for water.