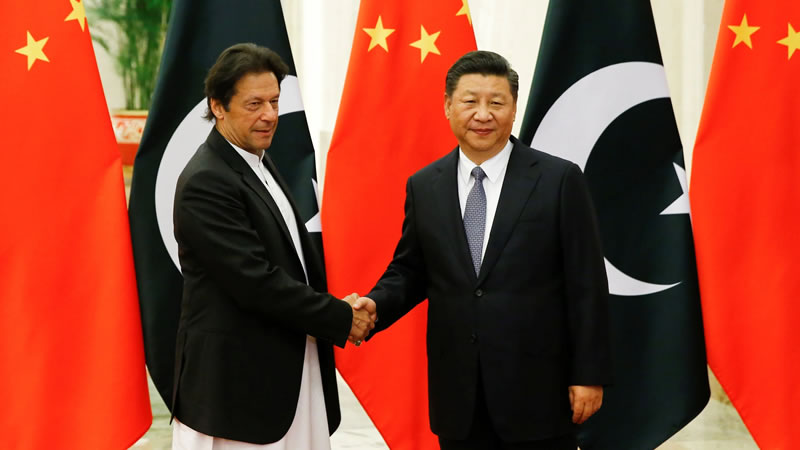 Indian External Affairs Minister Jaishankar spoke highly about his country’s growing role in Africa during the 15th edition of the CII-EXIM Bank Conclave on India-Africa Project Partnership. According to media reports, he described India as Africa’s “most steadfast partner”, reminding his audience that the continent is his country’s third-largest export destination.

Jaishankar also said that India’s partnerships across that landmass “sought to empower rather than extract” in what was widely interpreted as a thinly veiled swipe against China’s allegedly exploitative business practices there.

There’s no doubt that India aims to expand its influence in Africa as part of its quest to become a Great Power of hemispheric importance, which it predictably plans to do in full coordination with its new Quad allies. The Indo-Japanese “Asia-Africa Growth Corridor” (AAGC) could present itself as “complementary” to, or in the most ambitious scenario as an alternative to, China’s Belt & Road Initiative (BRI). It doesn’t stand any realistic chance of competing with BRI without incorporating economic elements of the US’ “Indo-Pacific” strategy to “contain” China, however, and even then it’s still not sure to succeed in this respect.

Its prospects for success could be greatly improved by having the AAGC serve as the structure around which the US’ BUILD Act, Blue Dot Network, Clean Network, and Resilient Supply Chain Initiative (RSCI) converge.

The BUILD Act creates a new foreign investment agency of the US government, the Blue Dot Network claims to be committed to ensuring high-quality infrastructure investments, the Clean Network allegedly aims to do the same in regards to information-communication technologies, while the RSCI is an implicit attempt to “decouple” its members’ supply chains from China.

Africa is the perfect theater for experimenting with the Quad’s various concepts because it’s in desperate need of more foreign investment. This means that its many countries are naturally interested in diversifying from what is nowadays for most of them their primary Chinese development partner in order to leverage their new relationships for the purpose of negotiating better deals from the People’s Republic.

It therefore follows that India has a chance to reap some tangible dividends from this initiative which could then improve its appeal as the Quad’s primary proxy for “containing” China all across the Afro-Asian (“Indian”) Ocean.

China will still likely retain the competitive edge by virtue of the scope of its investments, the depth of its existing influence, and the consequent inertia thereof, but it would be best if it found a way to integrate BRI’s flagship project of CPEC into its African investment strategy.

I previously wrote about what I term S-CPEC+, or the southern expansion of CPEC towards that continent, in my debut CGTN analysis back in May 2019 about how “CPEC+ Is The Key To Achieving Regional Integration Goals”. I suggested that Gwadar could pair with Djibouti and Mombasa ports to facilitate Chinese-African and Pakistani-African trade.

This concept of twinning Gwadar and even Karachi with important BRI nodes in Africa (which could also include Tanzania’s Bagamoyo port and similar sites in South Africa, the continent’s most advanced economy) is premised on several notions.

The first is that CPEC is BRI’s top project anywhere in the world because it enables China to obtain reliable access to the Afro-Asian (“Indian”) Ocean without going through the Strait of Malacca chokepoint. Second, BRI is all about integration, hence why different ports should pair with one another. And third, S-CPEC+ could reduce the transport time and costs of Chinese-African trade while also helping Pakistan.

These value-added benefits can help counterbalance India’s Quad-backed African outreaches if China, Pakistan, and their African partners seize the opportunity to promote my S-CPEC+ concept. African nations have the right to trade with whoever they want, and the more partners the better, but India and its new allies have zero-sum intentions in mind which clash with China and Pakistan’s win-win ones.

That’s why it’s important for these “iron brothers” to pool their existing CPEC capabilities together in order to make themselves and BRI’s flagship project more attractive than any of their competitors’ proposals and thus retain and expand their influence.