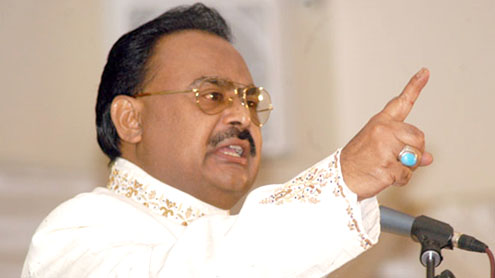 Familiar calls for “revolution through army” are being heard once again. In a world weary of military coups, calls of the sort seem completely out of place. Pakistan’s own experience has amply shown that military coups invariably harm the country whether they are staged in the name of accountability, Islam or enlightened moderation. The call in particular seems odd also because the party making the call is part of the ruling coalition. Why doesn’t the party convince its partners to try bringing about the changes desired by its leader and quit if they refuse to help? As MQM has been a part of every administration since 1988, it must share the blame for whatever looks reprehensible to Altaf Hussain in the system. What one expects it to do is to use the parliament as a platform for reforms instead of calling on the “honest generals” to do its job.Pakistan’s constitution has clearly defined the role of the army which does not extend beyond the defence of the country’s geographical boundaries. Any other role taken up by the army would constitute a violation of the constitution. The MQM also wants the army to conduct a ruthless accountability to recover the plundered wealth from feudal lords and other looters. As the Royal Palm Club and NLC scams indicate, to quote only two of the numerous financial scandals, the army is hardly the body anyone would like to involve in holding accountability. Accountability is no doubt badly needed in Pakistan where corruption is rampant. This has to be conducted, however, by a body which is widely seen to be independent and not prone to corruption itself. A parliamentary committee is currently formulating a bill to create an accountability body of the type. In the absence of a neutral accountability set up, the Supreme Court is the best institution to perform the job. It has, in fact, succeeded in recovering public money worth millions of dollars from those involved in the Punjab Bank scandal as well from rental power companies.While the PML(N) has in the past pooh-poohed the calls for revolution through army, Mian Nawaz Sharif on Sunday threatened to launch another march if needed. Like Altaf Hussain’s revolution, this too amounts to bypassing the institutions, something politicians need to avoid – PT

Pagara predicts army rule, no elections for 30 to 40 years