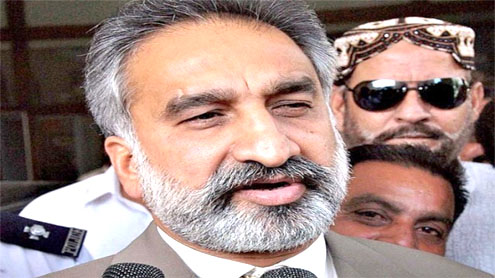 Sindh Home Minister Zulfiqar Mirza is virtually a specialist in provoking the MQM. Not content with being the one person most responsible for the MQM’s departure from the government, which almost led to its collapse, he again had to put the cat among the pigeons by absolving the People’s Amn Committees of any involvement in the killings of shopkeepers in the Shershah scrap market, and his expression of support for the committees.

This time, the MQM Rabita Committee has received a demand that it leave the Sindh government. The Qaim Ali Shah government in Sindh does not require MQM support to survive, but the central government does. The rage in Karachi does not take account of this. The MQM probably takes the view that the support for the Amn Committees has been expressed by a PPP Minister who only recently had said that the MQM was responsible for the target killings that afflicted the provincial metropolis which had vitiated its atmosphere. This had resulted in the MQM angrily threatening to pull out of the government, and only ended when Dr Mirza visited MQM Headquarters at Nine Zero and made amends. The Amn Committees have been a sensitive point with the MQM, which have regarded them as the PPP’s attempt to break the MQM stranglehold on cities, while using official resources and receiving official patronage – Nation