Women, but not weak 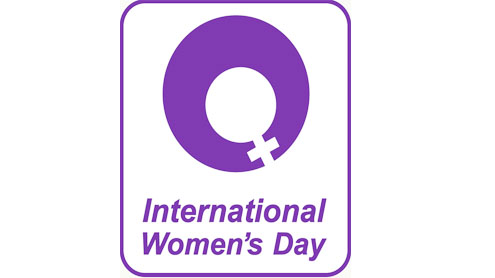 International Women’s Day has been celebrated annually on March 8 ever since the early 1900s when 15,000 women marched through New York City demanding shorter hours, better pay and voting rights. Presently, it is an official holiday in most countries of the world. Initially, this day was a reminder of all the negative aspects of women’s status in society, however, with great improvements having been made in the past century, it is now more of a celebration of women’s achievements.

Pakistani women have struggled hard for their rights and have been able to achieve larger presence in the public sphere, as exemplified by reservation of women’s seats in parliament and women’s quota in public service. In urban areas, girls have outshined boys in education in almost every field and are giving them tough competition in job market. Pakistan has seen women in key positions such as prime minister, governor of the State Bank of Pakistan, Speaker of National Assembly and president of Supreme Court Bar Association, which is the envy of women of the entire Muslim world. However, women of Pakistan still have a long way to go and also deal with emerging challenges.

While women of urban and semi-urban areas have progressed somewhat, their counterparts in rural areas are lagging far behind. Despite improvement in Pakistan’s literacy rate, the educational status of Pakistani women is among the lowest in the world. There are very few women who have control over their properties and other financial resources. In addition, they have to fight off different forms of violence, such as female infanticide, childhood and forced marriages, rape, honour killings, domestic violence and risk of being sold off to settle disputes of family men. These are the result of patriarchal attitudes and a particular brand of Islam in our society that can be traced back to the Zia era when he tried to push back women in the name of Islamisation. Legislations enacted during that period, such as Hudood Ordinances, Law of Evidence, Qisas and Diyat Ordinance, and later legitimised by elected governments made Pakistani women more vulnerable to violence. Later, the democratic regimes of Benazir Bhutto and Nawaz Sharif failed to address gender inequalities due to the gap between policy making, legislation and implementation. Zia’s legacy has been given a new lease of life by the ongoing terrorist activities targeting women’s education. But Pakistan women must unite and raise high the banner of their rights and defeat these elements with steely determination – Dailytimes