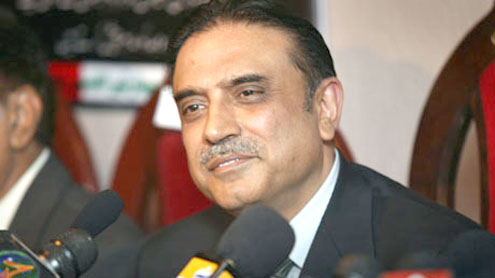 With the ouster of the PPP from the Punjab cabinet and the decision of the Unification Bloc to formally defect from the PML-Q and support PML-N, the political temperature between the PPP and PML-N has risen to an alarming degree. While the Punjab Assembly rings with the sound of lotas (turncoats), the protesting MPAs blithely overlook that their own as well as all other political parties have been guilty of indulging in this exercise to stay in power at one time or another. In jumps the Prime Minister to make his contribution to the fray and digs up the idea of a Seraiki province. Later, President Zardari also gave his blessings to the mischievous proposition. Not only is the establishment of new provinces an extremely divisive issue that would raise PML-N’s hackles, but also a scheme that, if put into effect, would turn out to be so costly that the country’s tottering economy, which has earned Pakistan the title of a failed or failing state from some quarters, would not be able to bear.

it would, thus, do serious harm to the national interest.First of all, it would open a Pandora’s Box of separate provinces whose advocates are to be found in each federating unit. Once the Rubicon has been crossed with the carving out of a Seraiki province, the federal government would find it too hard to resist similar demands from other exponents of separate provinces. Before long, we would hear vociferous calls for a Karachi and a Hazara province based on linguistic and ethnic lines, opening the way for the Pashtuns of Balochistan, who are in a sizeable minority in the province, to ask for one. Instead of burying the deadly demon of parochialism, the government would be giving it another lease of life. It would be yet another divisive factor for the nation that is already confronted with a host of them. The Seraiki-speaking Gilani, with his stronghold at Multan, has already been questioned about the geographical boundaries of the province he has in mind; and told in no uncertain terms by Senator Muhammad Ali Durrani that if he made an attempt to incorporate Bahawalpur in the Seraiki province, the nation would remember him (PM Gilani) as General Yahya Khan the Second, and that the people of Bahawalpur would not be taken in by this political gimmickry. He reminded him of the promise he had made about giving Bahawalpur a provincial status; so, we have the demand for another province – Nation

A bold decision that means a lot to IMF

A bold decision that means a lot to IMF