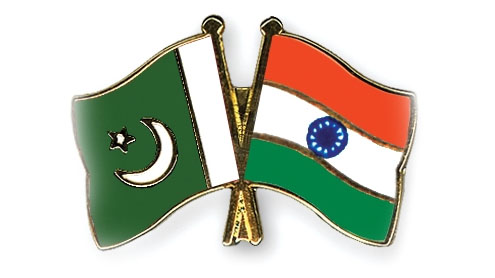 PAKISTANI cricket team was eliminated from the Semi-final match of the tournament played at Mohali. The humiliating factor was that India was the opponent and the match was played on Indian soil. The majority of the Indians watching the match live at Mohali were tense and hostile to the Pakistani cricketers. There were no cheers by the Indians for any spot of good performance by the Pakistani cricketers.

Even before the game, rabid Hindu leaders like Bal Thackeray had issued warnings to the Pakistan cricket team that should it qualify for the finals; it would not be permitted to play in Mumbai. There are reports that a fortune telling Indian parrot named “Maani” had its neck twisted and killed on orders from Bal Thackeray because it had predicted thrice in a row that Pakistan would win the Cricket World Cup Final. Alas “Maani” died in vain. Bal Thackeray was so incensed by the Indian Prime Minister’s invitation to his counterpart Syed Yusuf Raza Gilani to witness the match that he sarcastically stated that Manmohan Singh should also have invited Ajmal Kasab, the lone survivor of the Mumbai attackers and Afzal Guru, the alleged perpetrator of the attack on the New Delhi Parliament building to witness the match.

The down side of the peace talks between the two Prime Ministers has been that numerous conspiracy theories have cropped up that the Pakistan team was asked to throw the match in favour of India so that goodwill could be created. There appears to be method in the madness since the Indian team did not bat well and offered too many chances, which were allegedly deliberately squandered by Pakistan. Similarly Pakistan’s batsmen’s performance has been questioned in the face of not very proficient bowling by India and chasing a relatively modest total to win the match by Pakistan.The bending backwards by the Pakistani leadership to greet and honour the cricket team also smacks of a prick of conscience. Indian hostility to the Pakistan team was not only evident at the stadium, even as India and Pakistan were basking in the Mohali spirit, a driver of the Pakistan High Commission was detained unlawfully by Indian security agencies at Chandigarh airport. Pakistani fans also paid dearly for the defeat. Besides having their hearts broken, three Pakistanis including a Pakistani actor Liaquat Soldier, died out of shock after Pakistan lost the match. One person was killed and 50 others were injured in aerial firings during the match in Karachi.

It is poetic justice that despite the Pakistani cricket team, having been banned from playing in India and India refusing to send its cricketers to Pakistan or even meet them at neutral venues, Pakistani team had to be formally welcomed and hosted at Mohali. Pakistan was to co-host the 2011 World Cup Cricket tournament along with Bangladesh, India and Sri Lanka but Indian machination deprived Pakistan of the opportunity. When Pakistani cricket team appeared in Mohali, it was a slap on the face of India. Photographs of the Pakistani cricketers offering congregational prayers on the Mohali ground and the image of Wahab Riaz touching his forehead to the ground offering subjugation to Allah to celebrate his taking five Indian wickets will forever be etched on Indian memory and haunt them. To add insult to injury, despite the fact that by hook or by crook, Pakistan team was kept away from the final at Mumbai but Pakistan’s ace cricket umpire Aleem Dar, who was selected on merit to stand as judge, adjudicator and referee was the last Pakistani standing at the Wankhede Cricket Stadium at Mumbai. He proudly stood throughout the duration of the match; prominently and judiciously to umpire the match. – Dailymailnews