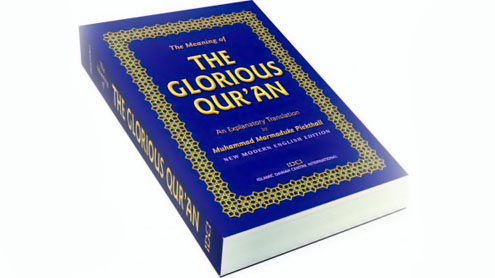 On the second day of protests against the provocative act by American Pastor Terry Jones of deliberately burning the Quran on March 20 in the US, 10 people were killed and 83 injured in Kandahar, Afghanistan. A NATO military base in Kabul was hit by a suicide attack, reportedly led by burqa-clad bombers. These events followed on the heels of the horrible attack on a UN compound in Mazar-i-Sharif on Friday, in which seven or eight foreign staff were amongst the 20 killed. Two of the UN staff were reportedly beheaded in the frenzy. The attack on the UN has of course been roundly condemned by its secretary general as well as many governments. The UN has nevertheless courageously reiterated its determination to stay put in Afghanistan to help its long suffering people.

The provocateur Terry Jones has shrugged off any responsibility for these deaths and instead insisted that Islam and Muslim countries must be held accountable through immediate action by the US and UN. In other words, he refuses stubbornly to admit any wrongdoing or that the blood of innocents is now on his hands. US Muslim, Christian and Jewish faith leaders have appealed for calm while condemning the Pastor and his antics. The Muslim leaders have also condemned the killings in Mazar-i-Sharif. They are reaching out across the faith divide to keep inter-faith harmony from being damaged by the fanatical and insane Terry Jones.Although the Pastor Terry Jones’ is no ordinary provocation, it must be viewed in the context of similar provocations that have hurt the belief sensibilities of Muslims all over the world in recent years. To quote just the immediate instances that come to mind, Terry Jones’ abortive earlier bid to burn the Quran on the anniversary of 9/11 last year, the cartoons of the Prophet (PBUH) published in a number of European newspapers some years earlier, etc. When the cartoons controversy erupted (and led to some violent reactions in the Muslim world), western liberals argued that no constraint could be put on the cartoonists’ or newspapers’ right of free speech and expression. This was at best an irresponsible argument since it failed to take into account the need for exercising freedom with responsibility, especially when an action was guaranteed to evoke the rage of religious insult. Let us not forget the old aphorism: “Your freedom ends where my nose begins.”

This series of provocative and misguided acts also cannot be divorced from the context of the convulsions the world, and especially the Muslim world, is passing through. If the provocateurs on one side and their fanatical counterparts on the other are allowed to have their way, the dire predictions of a clash of civilisations could take on a dangerously religious hue. This would obviously be many steps backwards in time and history and hardly an outcome any sensible person would desire. Europe and the US’s freedoms are admirable of course. And they are jealously guarded by those societies because they have been achieved after hundreds of years of religious and sectarian wars, pogroms and bloodshed, the only way out of which quagmire were the ideas of the Renaissance and Enlightenment, which resulted in the separation of Church and state and allowed secular, and incrementally liberal democracies to emerge.

While the Muslim world may currently be going through its own version of the 500 years of religious wars and conflict that Europe suffered before it saw the light, it would be in the fitness of things if all sides calmed down in the face of obvious and deliberate provocation, took a deep breath and realised that the West needs to revisit the abuse of its freedoms by the Terry Pastors of our world and sought ways to restrain this madman before he does even more damage. On the other hand, the Muslim world has to take a leaf out of the teachings of the Quran itself as well as the practice of the Prophet (PBUH) on how to deal with those who provoke and even blaspheme: by a calm, mature, tolerant approach that relies on persuasion, not violence, and failing that, turns away from the misguided, leaving them to their own eventual fate. – Dailytimes