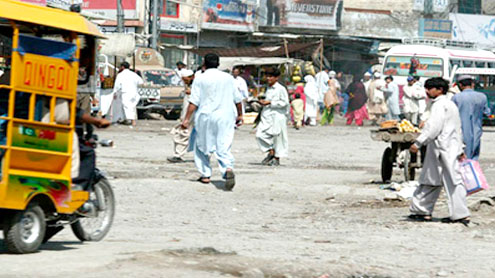 The Pakistani society of today presents a sorry picture of total disarray and confusion, and people with worried looks are seen everywhere either because they fail to figure out how to survive on an income that is fast losing its purchasing power, or because they are scared to death thinking of thieves and robbers and the corrupt bureaucratic sharks who always seem to be round the corner when one is obliged to do any business connected with a government agency. There are the poor, growing poorer by the day, and their number keeps rising; at the other end of the spectrum, there are the rich, getting richer through fair means or foul; the class in-between that could at one time claim to be well off is shrinking by the day. Widespread graft and rank misgovernance lie at the root of this dark scenario.

The combined effect of this pervasive worry about survival and security on the one hand, and the rulers’ disconnect on the other, manifests itself in different ways, all pointing to social discontent. Industrialists having invested heavily in their enterprises are at their wits’ ends in the face of prolonged loadshedding. Pot-holed roads testify to their neglect, the traffic is in a mess, and rash driving and the gun-slinging modern highwaymen have made travel dangerous. Terrorist attacks have become everyday occurrence. The education and health sectors are starved of men of calibre and funds.

The young doctors are on the streets protesting at the official apathy to their demands, instead of being in their wards or the operation theatre; their large-scale dismissals and induction of ‘raw hands’, and seniors doctors’ threat of support to their juniors would throw the entire healthcare system out of gear. The government first accepts their demands for a raise in salaries, and then goes back; thus the argument that the doctor has the primary responsibility for saving life somewhat loses weight. And the official apathy not only to the doctors’ concern, but also to the plight of patients dying out of medical inattention stands compounded with bad faith! – Nation