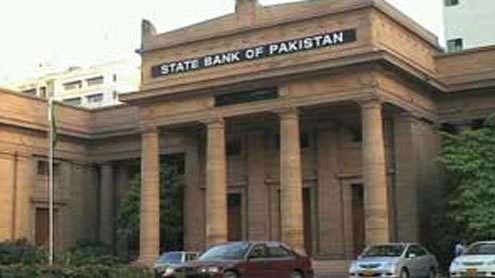 The State Bank of Pakistan (SBP) Board of Directors has approved a cut of 1.5 percent, to 12 percent, of its benchmark policy rate, the second successive cut since the July cut of 0.5 percent. The cut, made by the Board in its Saturday meeting in Karachi, is a straightforward Keynesian attempt to stimulate the economy, and the reaction from the business community has been favourable. However, the cut has only been made because inflation news, according to the SBP economists, is good. This is to put the cart before the horse. If inflation is indeed falling, the economy is on the mend, despite, or perhaps because of, the high interest rate. However, SBP has also predicted that the growth target for 2010-11 will not be met, and therefore the stimulus must be seen as almost inevitable.
Another key factor has been government spending. The meeting was the first with Acting Governor Yasin Anwar in the chair, the previous Governor, Shahid Kardar, having resigned since the last meeting over differences with the government. The meeting noted that the government had reduced its borrowing from end-June levels, though it should not be forgotten that the government might feel encouraged by the rate cut to borrow more. It must not be forgotten that the government is the sole shareholder of SBP, and any profits it makes off the government because of the interest it charges, merely go back to the government. This encourages the government to borrow. At the beginning of the fiscal year, like now, the government believes that all is going well, though there seems to have been no consideration of the fact that the country’s export markets have not yet recovered from the malaise that has been plaguing them, and the downgrading of US debt, as well as the crisis that preceded it, has not been factored in, nor has its refusal to pull out of the wars that caused it. It must not be forgotten that this is the first post-IMF monetary decision by the SBP.
SBP should have found some way to control government spending. Without that component, there is no real way of ensuring an economic recovery. So long as the government sees taxpayer’s money as a means of maintaining a lavish lifestyle for the people in it, it will not do what a government must in difficult economic times, which is control its expenditures, balance its budget and not place undue pressure on the money supply. SBP is supposed to be an independent organisation as well as the regulator of the banking system. It should be forthcoming about the government’s impact, and not act as a means of concealing it. However, it should continue to cut interest rates, because it should make sure that it is part of the solution, not the problem, that of providing the economy a stimulus as well as capping government expenditures.

30 Afghan militants killed in their attempt to attack Pak Army

30 Afghan militants killed in their attempt to attack Pak Army