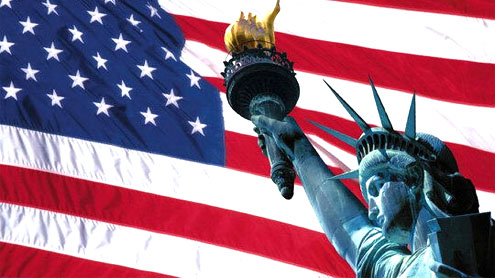 In seemingly perplexing and confusing statements, the US administration has once again signalled not only Pakistan’s indispensability, but also the Haqqani network’s centrality to any ‘Afghan solution’.

Here in Pakistan, it will inevitably raise cries of why Pakistan is pressurised to ‘do more’ and take on the Haqqanis in North Waziristan when the US itself seems to be signalling a rapprochement with them.However, notwithstanding the fact that solutions imply desirable ends, the US’s apparently puzzling dual policy makes perfect sense when viewed from that country’s perspective. Talking to the enemy seems to be the unfortunate lot of the only superpower of the world these days.

Not only did the American government of the time not think deeply and realistically about the kind of formidable enemy and terrain it was taking on back in 2001 when it attacked one of the most untameable of countries, it also did not, for some reason, ever imagine it could be dealt the vilest double deal in its history by its partner in the war on terror. Perhaps the US can be forgiven the latter oversight, for who in their right minds would have imagined Pakistan to want to vengefully cut its own nose to spite India’s face.

Anyhow, what’s done is done, and the US finds itself in the quandary of trying to exit from Afghanistan without appearing entirely humiliated and disgraced amid parting sneers from the Taliban as a goodbye gift. Apart from face saving, the idea of negotiating with the Haqqanis serves vital strategic objectives of the US. Having lost its bid to shock, awe and bomb the Taliban out of existence, the US must try now to come to some arrangement with them whereby in return for a piece of the power pie, they will remain amenable to a certain amount of American interests and presence on Afghan soil.

The obvious American concerns would be to prevent Afghanistan from once again becoming a nursery of Islamic and/or anti American terrorists like al Qaeda, while continuing to play a dominant role in the region to protect the US’s strategic and economic interests.

It should be clear from the recent statements coming out of the US administration that, much as the US might have wished it in the past, it carries no more illusions of an Afghanistan not governed in some shape or form by the Taliban after its exit. Hence the American noises to ‘negotiate’ with even the Haqqanis. Unfortunately for the Americans though, it seems none of the Taliban factions, including the Haqqanis, are in a chatty mood at this time. They simply do not need to hold any negotiations. They know the Americans’ time is up, and a withdrawal in 2014 there will be. The lack of US appetite for remaining bogged down in unwinnable wars with heavy political and financial costs, is the writing on the wall the Haqqanis can read.

Coming back to the elusive ‘Afghan solution’, one rather fears more an ‘Afghan problem’ re-emerging, partly due to a certain neighbour’s stubborn insistence on ‘strategic depth’ throughout the war theatre. The likelihood of Afghanistan descending into civil war with different warring factions vying for control post-US withdrawal in 2014 is not implausible. It remains to be seen what the US’s other dance partner, Pakistan, will have gained by fighting tooth and nail to maintain its pro-Taliban stance in Afghanistan. For the time being, it has ensured Pakistan’s indispensability as reflected in Secretary Clinton’s remarks. – Dailytimes