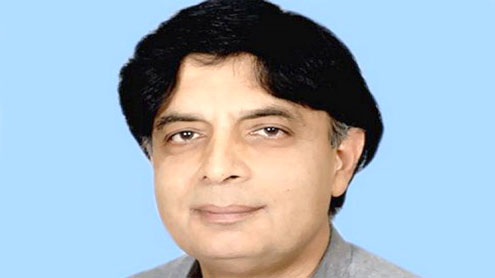 The clash between the PML-N and the MQM members in the National Assembly on Thursday was probably an example of how parliamentarians should not conduct themselves.

Whatever the merits of the PML-N’s opposition to the bill setting up a DHA for Islamabad, the Defence Housing Authority Bill 2007, it was an appalling example of two established political parties exhibiting behaviour which made the nation hang its head in shame. As a matter of fact, the remarks against the MQM by Ch Nisar Ali, the leader of the opposition, were duly answered by MQM’s Asif Hasnain, and thus the resort to physical force was unnecessary.

However, if the MQM is being censured for replying to words with violence, the PML-N members included those who seemed almost excited to roll up their sleeves and physically jump into the fray, rather than resorting to the tiresome task of debate, as expected of them in the National Assembly. In this, the National Assembly has been reduced to one of those legislatures, mostly in East Asia, which are notorious the world over for members resorting to violence. Most unfortunately, this is not the first such episode in the Lower House of Parliament, and thus it only gives encouragement to Bonapartist adventurers who wish to send the system packing and lose no opportunity of carping at it.

Legislators should need no reminder that democracy depends on conflict remaining verbal, without depending on who can display more muscle, especially when discussing a bill that involved the military.The MQM may have been more loyal than the king in the attack, in defending a government it has only rejoined recently, but it should be noted that it was because of Choudhary Nisar having made this same argument in the recent past, accusing the MQM of blackmailing the PPP. The MQM as a seasoned political party, with over 20 years of parliamentary existence has not yet seemed to have learnt that it must expect to be criticised in the assemblies it sits in.

The reply to such criticism is defence and counter-criticism, not violence. Because the attacks will be verbal, the reply too must be verbal. To make it physical will be to employ the methods of the street, not the House.The PPP too hardly covered itself in glory by this episode. While apparently trying to end the conflict, its insistence on moving the bill again did nothing to calm tempers. Its tolerance of this street fighting is encouragement rather than a solution. However, it does seem that a certain Dr Peace earned his stripes trying to break up the brawl. – Nation

ALL EYES ON UNHERALDED KUMAR AT THE HERO INDIAN OPEN

ALL EYES ON UNHERALDED KUMAR AT THE HERO INDIAN OPEN