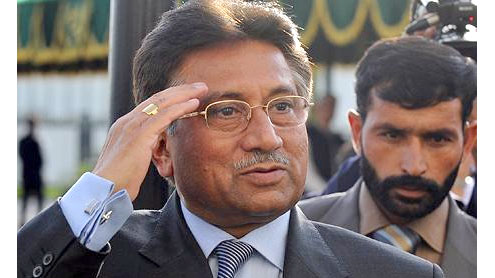 The deadly attack that killed more than 25 of our soldiers on Saturday has proved to be a relationship changer.

It has also served to bring some skeletons out of the closet, bones that have been rattling around since the military rule of President Musharraf.We have responded to the attack by cutting off the NATO supply routes and telling the Americans that they have 15 days to vacate Shamsi airbase — a deadline that ends on December 11. The hullabaloo about Shamsi airbase has shed light on some questions that need to be answered about the terms of engagement that were agreed upon by the previous government, enabling the Americans to take Pakistan and its so-called ‘sovereignty’ for granted.

Arguably, the many concessions that have been granted to the US have resulted in the kind of attacks and behaviour that have endangered Pakistani lives and have made us feel no more significant than a blimp in this entire affair. After 9/11, General Musharraf agreed to bring Pakistan into the war on terror as an ally of the US.

He agreed after a rather threatening phone call made by the US ‘asking’ for our cooperation. The general bent over backwards and, at the time, agreed to let 70 percent of all NATO supplies pass through our land routes. Shamsi airbase was handed over to the Americans for drone surveillance operations. Shahbaz base was not only handed over, for Pakistani citizens it was declared off-limits.

However, as time went by, especially after the Raymond Davis affair and the Osama bin Laden raid this year, it became clear that these two items on the war itinerary were not the only concessions given to the Americans. It became apparent that CIA operatives were given a free run on our soil, that they were immune from prosecution under claimed ‘diplomatic immunity’, and that all these concessions encouraged the Americans to mount unilateral actions such as the raid that killed Osama bin Laden.

One need only see the attitude adopted by American ‘diplomats’ running around all over the country when they refuse to answer questions and lock themselves up in their vehicles if stopped. These are not new developments — they are the allowances made by a military ruler and they have developed into a rite of passage for the Americans.The UAE has claimed that Shamsi airbase was handed over to them back in 2002 and no longer constituted a play on Pakistani sovereignty.

The Arab sheikhs have been using the base for their bustard hunting activities, landing on Pakistan soil and wreaking havoc on an endangered specie. However, we have surrendered our right to object to these sheikhs. The consequences of our concessions know no bounds — we have suffered innumerable losses in this war of which the soldiers who died in the NATO attack on Saturday were just the latest fatalities.

In light of the latest fracas, Shamsi airbase has become a bone of contention even if the US is saying that it will find other bases outside of Pakistan to continue its drone activities against the terrorists.The PPP government took over from the conceding general in 2008, inheriting his policies and his many verbal agreements.

However, this government has had over three years to tackle these remnants from the past but it has chosen to turn a blind eye. It has taken the attack on Saturday for this government and the current military command to issue ultimatums so that we too may obtain some concessions and review the unbalanced rules of engagement.

Was this civil-military establishment sleeping till now? Was it not aware of the many concessions made to the Americans? Why did it not do anything about them? Musharraf made these concessions without the approval of the public, without even the people knowing about the many unequal agreements with the US. If this was not surrender of our much-touted sovereignty, what was it? The country, as a result of these policies, has seen itself violated by foreign militants, US raids and the death of its civilians. When will the country step back from the ill-thought policies of the past and regain its integrity and true sovereignty, without exception? – Dailytmes