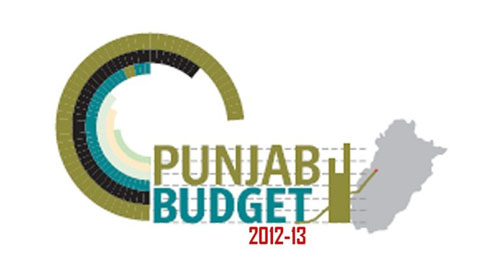 A tax-free, deficit budget of Rs 783 billion has been presented for fiscal 2013 by Punjab Finance Minister Mujtaba Shujaur Rehman.

The Annual Development Programme (ADP) of Rs 250 billion is 14 percent higher than last year, but the increase of Rs 30 billion shows no financing available for it and is therefore a deficit. The key points of the speech emphasised populist steps with an eye to the elections such as continuation of the laptop, Ashiana housing, Daanish schools, yellow cab schemes and interest-free loans. Government employees get a 20 percent raise in their salaries and pensions, and the minimum wage has been raised to Rs 9,000.

Elite educational institutions charging fees of more than Rs 5,000 will have to reserve 10 percent seats for poor students. No attempt to tax agriculture and real estate or broaden the tax net is seen. This retains dependence on federal transfers under the NFC Award of Rs 650.74 billion (83 percent). Provincial tax revenues comprise Rs 95 billion (12 percent), including for the first time GST collection by the province of Rs 40.5 billion.

In view of the debilitating power crisis and an ongoing grievance with the federal government on the ‘unfair’ distribution of electricity, Rs 10 billion has been allocated for power generation through mini-dams. Southern Punjab, given the politics of creating new provinces of late, receives Rs 80 billion (32 percent of the ADP), clearly a measure to enhance the dwindling political fortunes of the PML-N in the traditional PPP stronghold. Infrastructure receives Rs 63 billion, of which the chief minister’s penchant for road building will get a fair chunk.

Irrigation is allocated Rs 28 billion, with which it would be wise to take precautionary steps to improve embankments, clear canals, etc, in anticipation of heavy monsoons and possible floods.Chief Minister Shahbaz Sharif’s special interest in the education sector shows a combined allocation for the provincial and local governments of Rs 195 billion. The healthcare budget of Rs 84 billion (combined allocation to provincial and local governments) is another positive aspect of the budget.

How it is spent to improve an enfeebled yet essential section of the social sector will be an important test for the policy makers. The recent unfortunate incident at the Services Hospital, Lahore is a clear indication of the dismal condition of the state-run healthcare sector. The salary structure of doctors and other staff, equipping of hospitals with modern, state-of-the-art machinery, maintenance of the standards of free medicine provided are some of the factors that need immediate consideration.