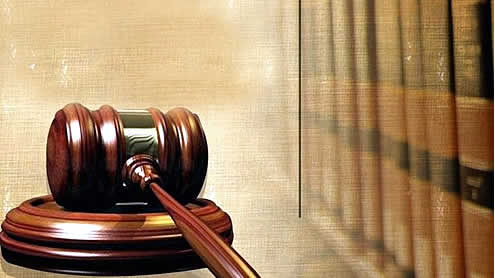 The government appears to be gearing up for a political response to the Supreme Court’s (SC’s) insistence on the letter to be written to the Swiss authorities regarding reopening the case against President Asif Ali Zardari.

That is why the Contempt of Court Bill 2012 has been passed post haste by the National Assembly on July 9, the Senate just two days after, and signed into law by the president the same evening, in anticipation of the NRO case hearing on July 12. The PML-N expectedly registered its protest and eventually walked out of the Senate against the bill.

The PPP’s legal stalwarts, Raza Rabbani and Aitzaz Ahsan, as in the case of the Dual Nationality bill, have expressed reservations about the contempt bill too. Aitzaz felt that at least two sections of the bill need correction, otherwise there is a likelihood that it would be struck down by the SC. He did state on the floor of the house that the contempt law had been misused against Yousaf Raza Gilani. He also argued that the contempt law contradicted the fundamental right of freedom of expression. Raza Rabbani pleaded for harmony and maturity, given the internal and external challenges facing the country. In that spirit, he said, the government and judiciary must avoid a tussle. Senator Haji Adeel of the ANP criticised the judiciary, saying only time would tell which of the courts’ decisions were correct and which were wrong.

Wise words and passionate, but developments in the court seem destined to overtake the efforts of the government. In its hearing of the NRO implementation case on Thursday, the SC rejected the Attorney General’s (AG) reply that the SC’s notice/letter had been brought to the attention of the new prime minister, who had asked the Law Ministry to advise him on the matter, which could take some time. The AG’s plea for the case to be postponed until after the court’s vacations was rejected in favour of an order that the prime minister must write the letter if he wished to avoid Gilani’s fate. It instructed the AG to have the order to write the letter implemented and a written report to that effect presented to the SC by July 25.

After the proceedings, the AG stated that if the court’s order were constitutional, it would be implemented. That suggests another impasse, since he left unsaid what would happen if the order were considered by the government to be unconstitutional, as in Gilani’s case. The SC once again reiterated its view that if someone claimed immunity under the provisions of the constitution (Article 248 in the context of the president), he/she would have to apply to the court for it. That may open another Pandora’s box if the court finds differently from a plain reading of Article 248.

The government’s response to the insistence of the SC that the letter be written has now taken on political dimensions, not purely legal. It seems government circles are quite prepared for the eventuality that the court may strike down the contempt law just passed, which provided immunity from contempt to the president, prime minister, ministers and chief ministers, on the ground of being discriminatory. They may see this as helpful in focusing public attention on the court’s consistent attempts to show through its orders that it sees parliament as subject to the provisions of the constitution, with the SC the only forum to decide on interpretation of those provisions.

Political observers see in this continuing executive and parliament versus judiciary clash all the necessary conditions for a derailment of the democratic dispensation once again. Certainly, going by the country’s history, that is not a thought beyond the bounds of possibility. However, as each truncation of democracy has by now amply demonstrated, such abortion of the democratic process has brought nothing but grief to the country in the past, and is unlikely to bring anything else but more grief in the future, should such an eventuality come to pass. The watchword should have been restraint on all sides and by all institutions of state, but that seems like a lost, forlorn plea under the obtaining circumstances. *- Dailytimes