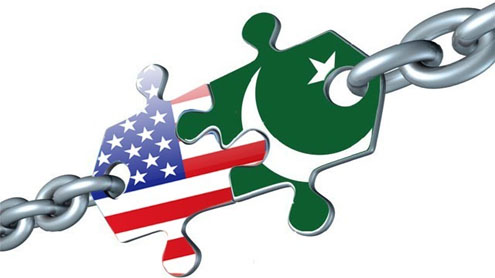 Top US commander in Afghanistan General John Allen’s optimism regarding fresh Pak-US engagement epitomises the mood as military and intelligence interaction follows diplomatic rapprochement, which is welcome after the rather long post-Salala estrangement.

Reimbursement of the $ 1.1 billion Coalition Support Fund (CSF) has also arrived, which will relieve pressure on our foreign reserves and thereby help stem the rupee’s fall. To say the thaw comes as serious outstanding issues linger would be stating the obvious. First, it is obvious the Americans will pressure Pakistan regarding the Haqqani network. With Congress firmly behind getting the president to put an official terrorist label on the outfit, Pakistan must finally choose between dumping a supposed erstwhile asset and facing UN sanctions for harbouring a terrorist network.

The Afghan Taliban have repeatedly signalled willingness for talks with both the Americans and the Karzai administration over the last few months, marking a significant break from a long-held position of no negotiations till the occupiers leave. But the Obama White House has preferred silence, perhaps with an eye on the November presidential elections. While this year’s fighting season marks an 11 per cent increase over the previous, their revised stance suggests the Taliban have realised the futility of a push for Kabul even after US/NATO forces leave.

This is not 1996, Kabul is not under incessant shelling on the back of a long civil war, the Pashtuns are split between pro- and anti-Taliban camps, meaning the Taliban may not have the wherewithal to take Kabul. The prospect of another long drawn out civil war is daunting for most Afghans.This is where Pakistan has the most leverage. By aiding a peaceful transition in Afghanistan, it can help end fighting in the country where all principal parties seem now to be willing to sue for peace. Cessation of hostilities on the Afghan side may also help remove cross-border pockets where the Pakistani Taliban have found refuge, and from where they are mounting attacks on the Pakistani security forces.

Facts on the ground clearly show visible changes in the respective positions of all the principal players. Washington, Kabul and the Taliban all stand ready to abandon positions of continuing confrontation. The international press has reported high-level meetings between the Taliban and Karzai advisors, another change from the former’s previous stance of not talking to the ‘US puppets’. Pakistan must also now tailor its strategic policies in conformity with the shifting ground realities. The Haqqanis, for all their worth, have already turned on the state by openly lending support to the Pakistani Taliban. To continue sheltering them would not only draw regional and international rebuke and sanctions, but also expose the brittle economy to a further downslide. Our economy is dependent on foreign funds flows, be they aid, grants, loans or reimbursements.

By opposing the international consensus on Afghanistan, we not only expose our country to the terrorism we have come to understand only too well, but also risk debilitating our economy, not to mention diplomatic and political isolation.A turnaround in Afghan policy by Pakistan will no doubt beckon concessions from the Americans, which must feature recognising Pakistan’s significance, the losses it has suffered, measures to support its economy, and a serious ear to some of its more serious Afghanistan-related concerns. That should give Islamabad enough to continue with the upward spiral of the US-Pakistan relationship.