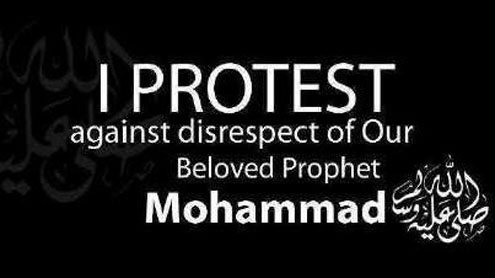 The government, under pressure from the growing and increasingly violent protests against the film insulting the Prophet (PBUH) has decided that today will be a national holiday and declared it Yaum-e-Ishq-e-Rasool (Day of Love for the Prophet (PBUH)).

The federal cabinet also decided to hold Shan-e-Rasool (Dignity and Respect of the Prophet (PBUH)) conferences at the federal and provincial levels. Federal Information Minister Qamar Zaman Kaira told the media that the cabinet had suggested to the Pakistan Telecommunication Authority (PTA) that it should sign an agreement with YouTube for blocking sacrilegious material. It may be recalled that when the furore over the film broke, the government requested YouTube to take the offending footage off its server and help bloc access to the film through all other Internet conduits. However, despite the fact that YouTube has blocked the film in a number of Muslim countries, and is adding countries to that list every day, it told the Pakistan government that it could not comply with the request since it had no such agreement with Pakistan.

As a consequence, the government shut down YouTube in Pakistan altogether, much to the chagrin of its users. But that was apparently not the end of the story, as the Lahore High Court has issued notices to the government regarding inadequate blocking of, and therefore presumed access to, the offending film. Welcome to the age of the Internet, which makes blocking anything a highly precarious and difficult enterprise. The federal cabinet wants the culprits responsible for the film brought to book and to be shown no leniency. Mr Kaira argued that a holiday was the only way the government could show its seriousness about the ruction caused throughout the Muslim world because of the film. Mr Kaira appealed to the protestors to remain peaceful. He revealed a proposal to hold an emergency meeting of Pakistani ambassadors to discuss the fallout of the film and subsequent blasphemies. The cabinet also asked President Asif Ali Zardari to raise the issue in his address to the UN General Assembly and summon a summit of the OIC to tackle the provocation and forge a consensus on the response of the Muslim world.

Critics of the government’s decision to declare a holiday today express reservations that the move would encourage people to participate in the protests, which may turn violent. If the past few days’ events are anything to go by, the apprehension is not without weight. Increasingly violent attacks are being mounted against the US Embassy in Islamabad and the Consulates in Lahore and Karachi. Even the supposedly foolproof arrangements to keep protestors away from the diplomatic enclave in Islamabad failed in the face of the determined mob, and the army had to be called in to bolster a hard-pressed police force. The government’s intention may have been unexceptionable, i.e. to answer its critics that its response to the issue had been far too mild. However, if it has misread the mood on the streets, the decision could backfire in the form of countrywide violent protests, which would obviously stretch the already stretched law enforcement and security forces.

While Pakistan attempts to cope with the explosive situation emerging at home, the ‘freedom of expression’ champions in the west continue on their reckless and provocative path. French magazine Charlie Hebdo, which gained notoriety in 2006 by reproducing the Prophet’s (PBUH) caricatures first published in the Danish daily Jyllands-Posten, has in the middle of the growing protest in the Muslim world decided to publish more blasphemous cartoons of the Prophet (PBUH). France as a result is bracing itself for a backlash, while protests sweep Afghanistan, Indonesia, Lebanon, Sri Lanka and elsewhere. More than 30 people have already been killed in the protests, including 12 in an attack by a female suicide bomber in Afghanistan. Al-Azhar has condemned the publication of the cartoons, and even the Vatican has expressed its unease at the emerging crisis by describing the publication of the satirical images as throwing “fuel on the fire”.

What the proponents of unbridled freedom of expression in the west either do not realise or do not give a fig about is the dialectical relationship between freedom and responsibility. In their clinging to notions of freedom of expression (without any responsibility as to the consequences), what these modern day fundamentalists of western values fail to see is how their adventurism is bringing grist to the mill of the extremists throughout the Muslim world, and in the process dooming the liberal, democratic and progressive community in these societies to hell. *

It seems the terrorists are using versatile methods to bewilder the security forces and frustrate them. Two recent incidents, one in Mastung district of Balochistan on Monday, when a bomb planted in a car exploded as soon as the targeted bus carrying Shia pilgrims passed by it, and the other, when a car parked at a commercial-cum-residential area of Scheme Chowk, Peshawar, was blown up by remote control on Wednesday. The explosives planted in the car took 10 lives, including two minors. Thirty people were injured in what seemed to be an attack on a Pakistan Air Force vehicle that happened to escape the blast, perhaps because of fortuitous timing. Remote control bombs were used in both these blasts, which brings into the security equation another method that could play havoc with more lives if left unchecked. It has become imperative for the security forces to check and keep the community as well alert for any vehicle standing idle for a long period of time or if a car is parked that does not belong to anyone in the locality. It is going to be a difficult task for the law enforcement agencies to include new safety measures into their security parameters, especially when these agencies have been incapable of securing or enforcing the law in the areas badly hit by terrorism and where identical attacks have been occurring over an extended period of time. It is these security lapses that have emboldened the terrorists and provided them an opportunity to become a force that could destroy our peace when and where they like.

What is disturbing are their attacks on security personnel. By now we have a list of such attempts, some more heinous than others. As is seen from the handiwork of the terrorists, terrorism is here to stay, unless of course a comprehensive approach is employed to crush these enemies. Our security establishment has to understand that things have already slipped out of our hands. Why don’t we start by punishing those who are known criminals and commit violence openly like Lashkar-i-Jhangvi? These and many other such outfits could be dismantled and their links severed with other terrorist organizations. Simply banning organisations or labelling them as terrorist would not serve the purpose unless a head on approach is adopted to deal with them. For that, a radical shift in the approach to terrorism is a sine qua non. *