by Top
in Editorials, Featured
0 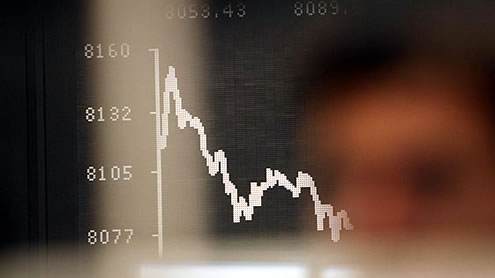 Ever since the May 2013 general elections, average Pakistanis seem to be in for their fair share of bad luck and economic misery. This is because the current dispensation headed by Prime Minister (PM) Nawaz Sharif and his party, the PML-N, has seen fit to lump one financial hardship after another on the backs of the public with no end in sight to the debilitating economic policies emerging from the corridors of power.

The latest financial bombs to hit the people are the whopping increases in prices of petroleum products and the per unit increase in electricity tariffs, leaving the people to feel even more frustrated and vulnerable than they did before. Electricity prices have spiralled to as much as a 30 percent increase and oil products have gone up by about 4.2 percent from October 1, 2013. To say that this is a massive shock for an already overburdened public is putting it lightly. These price hikes have the potential to cause the complete collapse of the already overburdened average citizens. They are already burdened by extreme inflation, added taxes heaped onto those already heavily taxed, natural calamities occurring nearly every year, almost daily terror attacks and bombings. Add all these up and you have a recipe for absolute disaster. It seems the government is hurtling towards making this a doomsday scenario.

The usual rhetoric, whenever we see an increase in the price of POL products, is that the Oil and Gas Regulatory Authority (OGRA) raises or lessens — although one hardly ever sees a substantial decrease — prices in line with the international market trends. Well, if this is true, then it must be quite embarrassing for the government that on the day it announced the price hike in POL products, the Indian authorities announced a decrease in the prices of their petroleum products. So, which country is actually following international market trends, the country that chooses to ease its people’s woes or the country that chooses to further enhance them? The government of Nawaz Sharif has taken this particular step too quickly, increasing the costs of two major sectors together in one go, leaving little to no room for people to adjust to increased economic hardships.

It is common knowledge that with this electricity and petroleum price hike, the cost of everything will increase. With this added inflationary pressure across the board, businesses will plummet and transporters and businessmen will first protest and then pass on the burden to the public. For most common citizens, this will be a policy that will seal their fate. The entire nation’s fate has been rendered bleak with this government, once again, leaning on the International Monetary Fund (IMF) for support. At first, the government was hesitant to admit that it had accepted stringent conditionalities dictated by the IMF for the latter’s loan of $ 6.5 billion. But with this heavy price hike, it is apparent that the IMF is telling the government exactly what to do and how to do it — remove all subsidies in ‘shock and awe’ style.

It is well known that IMF terms tend to be deflationary and austerity is their ‘one size fits all’ nostrum. What the government needs to be doing instead is encouraging business, investment and economic revival instead of taking to task the millions of common Pakistanis. There is only so much the people will be willing to take, given the anti-people thrust of the present economic policies. – Dailytimes