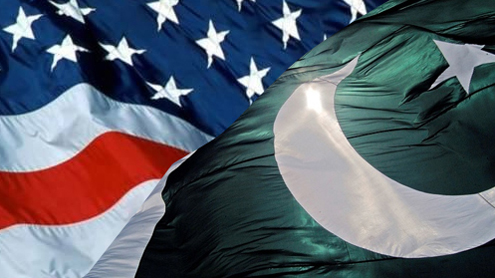 The US, through its State Department spokesperson, has found a ‘convenient’ way to ‘distance’ itself from the Pakistan government’s proposed peace talks with the Taliban, while refusing to comment on the drone strike that killed Hakeemullah Mehsud the other day.

On the peace talks, the spokesperson said in Washington that this was an ‘internal’ matter for Pakistan. Neither confirming the drone strike nor the fact that Hakeemullah was dead, the spokesperson ‘diplomatically’ referred in general to the “shared interests, including security and counter terrorism cooperation” with Pakistan in the quest to build a more prosperous, stable and peaceful region.

He did not even bother to answer Interior Minister Chaudhry Nisar’s accusations that the US deliberately sabotaged the allegedly impending peace talks. This dissembling may serve the US’s interests by remaining non-committal while continuing with its drone campaign, as both President Barack Obama and US Ambassador to Pakistan Richard Olson tended to do in their recent meetings with Prime Minister Nawaz Sharif in Washington and Interior Minister Chaudhry Nisar in Islamabad respectively.

But it will likely fuel the rising anger in Pakistan against the US, not the least because the sense of humiliation that attended the raid that killed Osama bin Laden in Abbotta bad will return with a vengeance because of Hakeemullah’s being taken out. While that section of opinion in Pakistan that is convinced of the US’s desire and intention to sabotage ‘peace’ in Pakistan cannot be persuaded otherwise, there are niggling questions about the Hakeemullah episode. How did Hakeemullah Mehsud come to afford the palatial home near Miranshah where he was killed, a home said to be worth $ 120,000? Clearly, the Tehreek-e-Taliban Pakistan (TTP) chief had come into good fortune.

The compound reportedly housed his family, and it can be conjectured that he may well have visited it before the last and fateful journey he made to his luxurious home. Is it the case, as is being speculated in parts of the media, that our security forces collaborated with the drone strike by providing ground intelligence on his movements? Whether these questions hold any water or not or are merely more of the proliferation of conspiracy theories in Pakistan, is difficult to determine. It is unlikely we will ever learn the truth about this affair.

Meanwhile the Khyber Pakhtunkhwa (KP) Assembly has passed a resolution asking the federal government to stop NATO’s supply lines until the drone strikes stop. While reports say the federal government does not see the wisdom in annoying the US beyond what may be tolerable, the federal cabinet meeting to deliberate on the emerging situation was scheduled to take place at the time of writing these lines.

The government is between a rock and hard place. On the one hand, there are apprehensions that once the TTP sorts out its succession issues and decides on the exact nature of the response to Hakeemullah’s killing, the government and people should brace for accelerated terrorist attacks all over the country. On the other, the government knows the enormous stakes and advantage gleaned from the prime minister’s recent visit to Washington in terms of helping Pakistan overcome its energy and economic crises.

The cost of defiance of Washington beyond tolerance limits could prove prohibitively expensive. The political parties, with Imran Khan’s PTI in the lead on a white charger, want nothing less than ‘war’ against the US. These emotional and immature responses reflect the lack of political experience of the PTI leadership, and its KP provincial government may well become a casualty of its quixotic campaign to stop the NATO supply lines, by hook or by crook, with or without the federal government’s assent. But this is the least of our present worries, tightened security against the possible terrorist threat being enhanced by the looming approach of Muharram. -Dailytimes

Peace Dialogue with Taliban to be taken forward: Cabinet