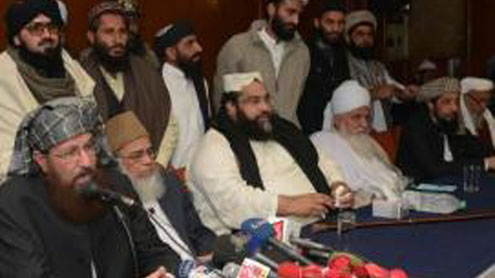 The last few days saw three attacks on the offices of media organisations in Karachi, using Improvised Explosive Devices (IEDs). While police defused one of the devices and another failed to detonate, the third exploded and injured three people at the office of a news conglomerate. While no organisation has claimed responsibility, security officials suspect the Tehreek-e-Taliban Pakistan (TTP) since the group has orchestrated similar attacks before. In mid-January, employees of a television channel were ambushed in Karachi, leaving three people dead. That attack was emphatically claimed by the TTP, as was another assault on the offices of the same channel in December last year.

In fact, these same organisations endured multiple attacks on their offices in the last two years, most of them claimed by the TTP. The TTP have become increasingly media savvy over time. Their spokesmen regularly send comments and claims to media organisations, sometimes using proxies but often directly. A number of television news channels and media outlets have given TTP sympathisers airtime to voice their peculiar views and detail their agenda. This runs contrary to every principle of counter-insurgency strategy, which underscores the need to deny militant groups the oxygen of publicity.

However, in the mad quest for ‘ratings’, most channels ignore this. While security implications are the field of counter-insurgency experts, the pattern of violence is clear; newspapers and television channels with an unsympathetic or critical view of the organisation are singled out for attack. Notably, the latest attacks come just as a variety of news organisations voiced scepticism about the efficacy of peace talks between the government and the TTP, criticising the militants for negotiating in bad faith and continuing terror attacks while talking. One of the newspapers attacked yesterday is often categorised as religiously and socially conservative. That it was attacked for criticising the talks shows how important the TTP consider the media and their own misinformation campaign.

A news report last month of a TTP hit list of 16 journalists also indicates how essential the TTP believe it is to control the discourse surrounding religion and politics in Pakistan. That they are willing to use violence to achieve said control is a given. However, in trying to intimidate journalists and news organisations, they may have overplayed their hand. Journalists across the country condemned the attacks and are beginning to see that if the TTP were allowed to have its way with the media, they would become little more than mouthpieces for the organisation, subject to harassment and even death if they try to publish their own views. While these recent attacks may not change the ratings battle playing out on our screens, they may have the unintended effect of making the media less inclined to give the TTP the airtime it so desperately craves.